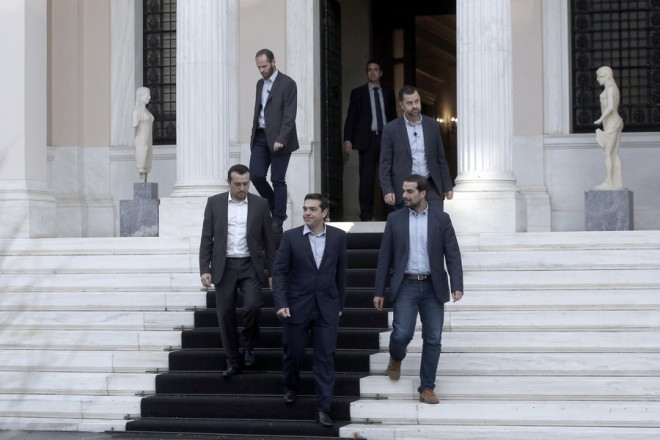 “We will try to supplement our proposal so that we get closer to a solution,” State Minister Alekos Flabouraris said on Greek television on Saturday, after German Chancellor Angela Merkel said that Greece must make a deal with creditors before Monday’s summit.
Monday’s emergency summit of Eurozone leaders is crucial for Greece as it is the cash-strapped country’s last hope to make a deal and receive much-needed bailout cash. As negotiations on a technical level have come to a stalemate again, Greece is counting on a political level agreement.
A meeting of Eurozone Finance Ministers will take place before the summit and creditors ask Greece to bring a comprehensive plan of reforms to the table.
“Let me make it very clear as to the expectations. Such a summit can only become a summit of decisions if there is something to base a decision on. It is up to the three institutions [the European Central Bank (ECB), the European Commission and the International Monetary Fund (IMF)] to assess this, and up to now we don’t have that assessment,” said Merkel.
The Greek side will bring a new proposal including more concessions. “We are not going there with the old proposal. Some work is being done to see where we can converge so that we achieve a mutually beneficial solution,” Flabouraris said on Greek television.
So far, the ECB is keeping Greek banks afloat and on Friday it raised the ceiling on Emergency Liquidity Assistance (ELA), which the Greek banks currently rely on.