Could the Plague of Athens Have Been Caused by Ebola? 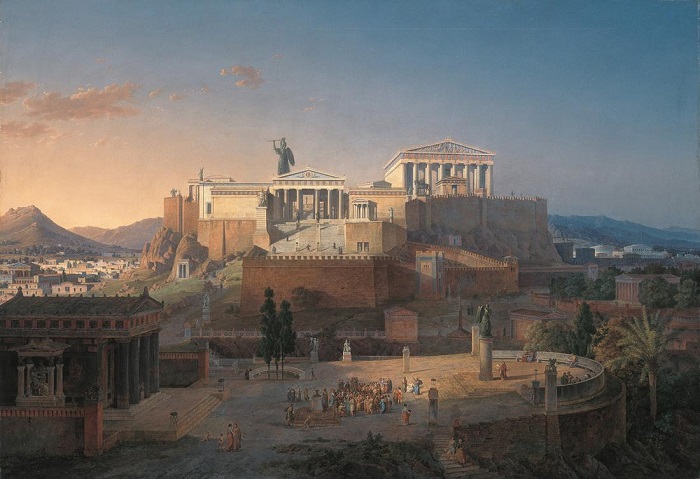 Many scientists believe that the first Ebola virus outbreak occurred in 1976 in the Democratic Republic of Congo (then known as Zaire) in Africa, however, a recently published study claims that the first recorded outbreak actually took place in ancient Greece, more than 2,400 years ago.
It has been established that the Ebola virus is very old, since parts identical to its DNA have been discovered in several rodent species, proving that these species ancestors’ had been infected with the virus more than 20 million years ago. However, its old ages raises many questions about when Ebola infected humans for the first time.
“Ebola may have spilled over from its animal reservoir to humans well before scientists first identified it in 1976,” study author Powel Kazanjian, a professor of history and infectious diseases at the University of Michigan, told Live Science.
Powel Kazanjian suggests that the Ebola virus was the cause of the five-year epidemic that broke out in Athens in 430 B.C., also known as the Plague of Athens. Thucydides, a famous ancient Greek historian who was infected during the epidemic and survived, kept a record of what he and the other sick Athenians were going through.
“The Athenian illness, also called Thucydides syndrome, began with an abrupt onset of fever, headache, fatigue, and pain in the stomach and extremities, accompanied by furious vomiting. Those who survived after seven days of illness also experienced severe diarrhea. Additional symptoms included reddened eyes, hiccups and bleeding from the mouth. Stricken individuals also sometimes experienced cough, seizures, confusion, rashes, pustules, ulcers, and even loss of fingers and toes, possibly due to gangrene,” according to Live Science.
The disease which often led to the patients’ death was vividly described by Thucydides, a fact that helped modern historians and doctors to speculate about the cause of the epidemic. In ancient Greece people from the sub-Saharan area — where the modern day Ebola outbreak took place — migrated to Athens in order to work as farmers or servants. These migrants are thought to have brought the disease to Athens.
According to Kazanjian, the Plague of Athens symptoms, mortality rate and place of origin are consistent with what we currently know about the Ebola virus. “Physicians were among the first victims of the Athenian disease in Thucydides’ account, just as modern health care workers have proven especially vulnerable to Ebola,” he said.
“Diseases like Ebola, which we sometimes lump into the category of a new or emerging disease, may actually be much older than we realize,” Kazanjian said.