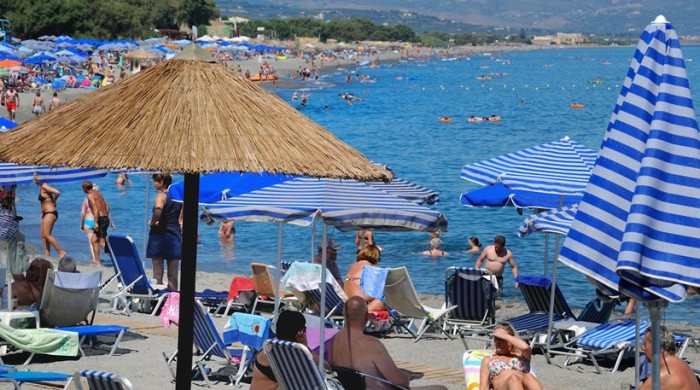 While the whole world has turned its attention to the political and economic development revolving around the Greek crisis, the UK government took a step further and developed an emergency plan to help British tourists travelling to Greece, in case the Mediterranean country declares bankruptcy.

According to a recent article published in the Daily Mail, UK government ministers met on Monday, June 15 in order to formulate a specific plan that addresses the problems regarding British tourists travelling to Greece. Experts believe the threat of a Greek default could lead to a run on the banks that could result in cash machines being left without money or being turned off altogether. There are also fears the situation could spark civil unrest,” noted the article.

Therefore, the British officials have already informed tour operators that they should be ready to aid any British tourist that might get stranded in Greece. Furthermore, the consular authorities in the country are also prepared to facilitate the return of any British citizen.

Meanwhile, the UK Foreign Office advised British tourists take with them enough cash so that they are able to deal with any unforeseen delays. That way, they will not rely solely on credit cards or ATM machines, according to Daily Mail.

However, the British Government is also worried about the country’s economy and how it will be affected in the case of a Greek default. The ministers and officials discussed about how to protect British companies with exposure to Greece and ensure their financial stability, if the situation takes a turn for the worse.

“A Government source said ministers were not predicting a crisis in Greece, but they had a duty to prepare for all eventualities. He added: ‘We are stepping up preparations, given that the risks are obviously more acute than they have been in previous weeks,’” wrote the British newspaper.

Greek PM Kyriakos Mitsotakis stated on Wednesday that the country's national lockdown will continue due to a sharp increase in cases.
Greek News

Greece has now surpassed 850,000 Coronavirus vaccinations, while another 50 vaccination centers will be added to the current 750.
Education