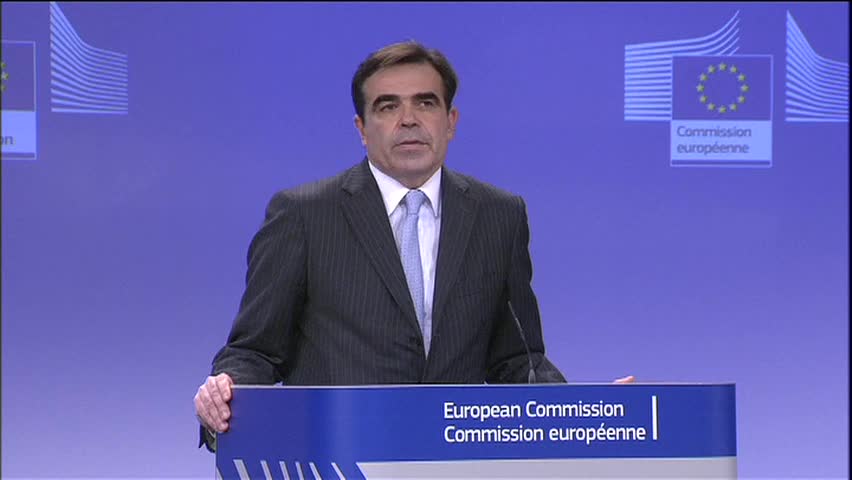 The European Commission officially rebutted Greece’s claims and press leaks that creditors ask for irrational austerity measures in order to come to an agreement.
European Commission chief spokesperson Margaritis Schinas and Coordinating Spokesperson for Economic and Financial Affairs Annika Breidhardt spoke of misinformation and inaccuracies on the part of the Greek government and categorically rejected allegations that the Commission demanded pension cuts and that the Greek side brought comprehensive proposals to the table.
For the first time, the European Commission presented the five pillars of the reforms Greece’s creditors have put on the negotiation table.
1) Fiscal adjustment consolidation with a primary surplus of 1% in 2015, 2% in 2016 and 3.5% from 2017 onwards.
2) Improvement of tax administration – Independent tax authorities.
3) Adjustment of non-performing loans.
4) Reduction in consumer prices by opening closed markets for services, products and professions.
5) Reforming the public sector with emphasis on fighting corruption.
Breidhardt noted that the compromise plan proposed by the Commission leaves room for the protection of the vulnerable strata of society and halts the humanitarian crisis.
In relation to pensions, the two European Commission representatives marked misconceptions and misinformation regarding pension cuts and explained that the Commission sought the gradual elimination of early retirement, the abolition of incentives for early exit from the labor market and the consolidation of the social security funds.
In the meantime, the Greek proposal was made public suggesting measures such as a special tax of 12% on corporate profits above 1 million euros, increased corporate income tax from 26% currently to 29%, and increased solidarity contribution rate on incomes above 30,000 euros.

You can see the full document of the Greek proposal as published by Greek newspaper “Kathimerini” here.