A Greek 'Postman' Travels to Africa 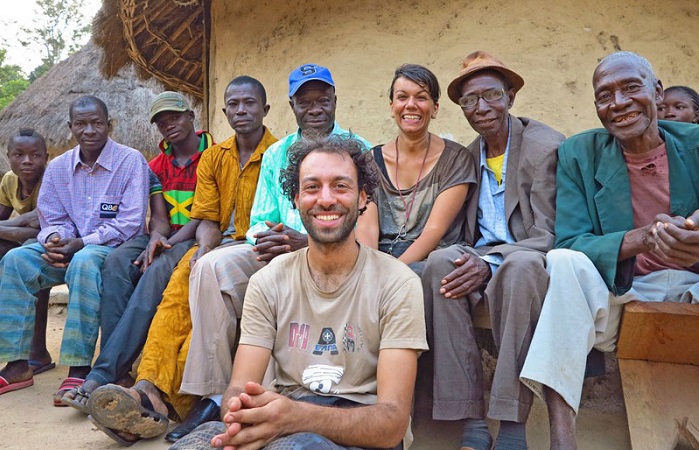 People in Albania, Morocco, Burkina Faso, South Africa and Zimbabwe welcome an unexpected guest from Greece in their homes. These people were relatives and friends of five migrants who had moved to Greece in search of a better future.
Ilias Vrochidis, a motorcyclist from Thessaloniki, started his journey in July 2013, aiming to explore the Balkan countries and the African continent with his bike. He also took on the task to deliver letters to the relatives and friends of migrants who are living in Greece.
“Travelling to the homes of migrants that I met in Greece, I saw people who were surprised and did not realize that I had met their children, their brothers, their friends and had taken on the task of delivering their letters. Even though most of them keep in touch with their relatives through the internet, they were all very excited about the letters but also for the fact that I had met their families,” said 31-year-old Ilias, who has been travelling for 22 months. At the moment he is staying at the coast of Mozambique, having covered 58,000 km.
He decided to take action in order to raise public awareness on migrant issues and tell the world about the people who leave their country and risk their lives in order to have a better future.
Talking about his journey, he said that his experiences were indescribable. He was able to play in a Nollywood movie, the third largest film industry originating from Nigeria, while he also travelled 2,500 km with his partner Christina Pefani, crossing the jungle of the Democratic Republic of the Congo.
Vrochidis began his journey from the White Tower in Thessaloniki. He then travelled to Albania, Montenegro, Bosnia and Herzegovina, Croatia, Slovenia and Italy. He was joined by his girlfriend and together they took the ferry to Morocco where they began their journey in West Africa. Their next stops were Mauritania, Senegal, Guinea-Bissau, Guinea, Ivory Coast, Ghana, Burkina Faso, Togo, Benin, Nigeria, Cameroon, Republic of the Congo, Democratic Republic of the Congo, Zambia, Namibia, South Africa, Nesoto, Swaziland, Botswana, Zimbabwe and Mozambique.