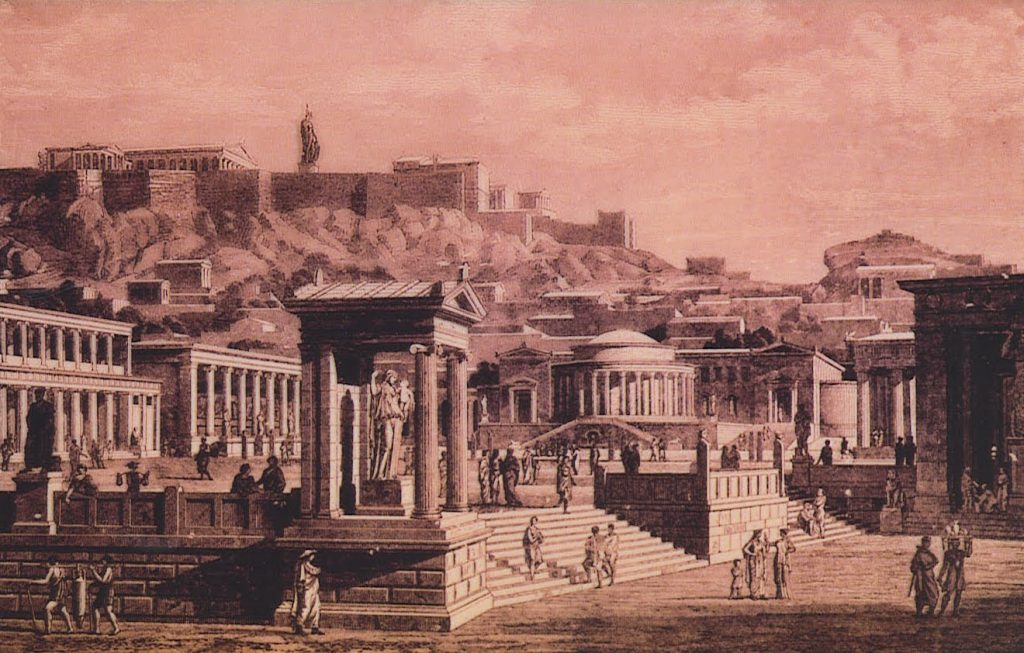 American magazine Newsweek, citing a study that was published in the academic journal Hesperia, recently reminded its readers of the unusual and heinous findings archaeologists making excavations in the Ancient Agora of Athens in the 1930s discovered.
Researchers found around 450 skeletons inside an Ancient Agora well, belonging to several infants, three babies (over 1 year old), a man with a disability and 150 dogs. This shocking discovery surprised the archaeologists who then decided to solve the mystery. At first, they concluded in two basic theories: Either this was a mass murder of children or an epidemic spread mainly on this part of the population.
However, American and Canadian scientists analyzed the findings for about two decades using special technology and reached a different conclusion. A biologist-anthropologist from Ontario, Canada, Maria Liston, and her team, in cooperation with archaeologist Susan Rotroff from the University of Washington in St. Louis, Missouri, chronologically placed the babies who died somewhere between 165 BC and 150 BC, somewhere at the end of the Hellenistic period and just before the arrival of Romans in Greece.
The vast majority of the babies found in the well had died of natural causes and not from a pandemic or murder. All infants with the exception of three did not live longer than one week. As Liston claimed after the examination of the children’s skulls, just one third of them died of meningitis, which was likely caused by a contaminated object people probably were using at that time to cut the umbilical cord. Other babies died of various childhood diseases caused by dehydration after diarrhea.
But despite the fact that the deaths of infants were common in the ancient world, given the difficult conditions of this era, infant remains are not often found during archaeological excavations. Archaeologists have discovered just a small number of babies in graves because most of them were “buried” under the floors or were discarded in landfills.
Rotroff’s research showed that if a baby was dying at that time, its corpse was discarded and not buried with dignity, and this was happening because Greek babies, like those of the Roman Empire, were not considered to be complete people until a special ceremony was held. The ceremony was typically taking place 10 days after the child’s birth, only when the head of the household, who was the father, decided whether or not to keep the baby and “baptize” it.
If there was a kind of deformity or disability, or the family already had several other members, or the mother was not yet married, the infant was left in a public place with the hope that someone would adopt it. Many of these children grew up being slaves.
Despite the above fact, the team discovered that one of these children did not die of natural causes. This was an 18-month-old baby that according to some clues of injuries, mistreatment and abuse, may be the oldest finding of child abuse in world history.
Furthermore, the American and Canadian anthropologists and archaeologists were asked to solve the mystery of the approximately 150 skeletons of dogs that were found in the same well along with the remains of the infants and a disabled adult.
Animal archaeologist Lynn Snyder said that the dogs were probably used as sacrifice. Although at that time bird and sheep sacrifices were common, dogs were used for this occasion. The reason is simple, according to Schneider. The sacrifices that used dogs were considered to be cathartic of “contamination.” And because a death of a child was “infectious,” the Athenians strangled the dogs to death to “purify” themselves.