Merkel Considering Grexit As a Solution 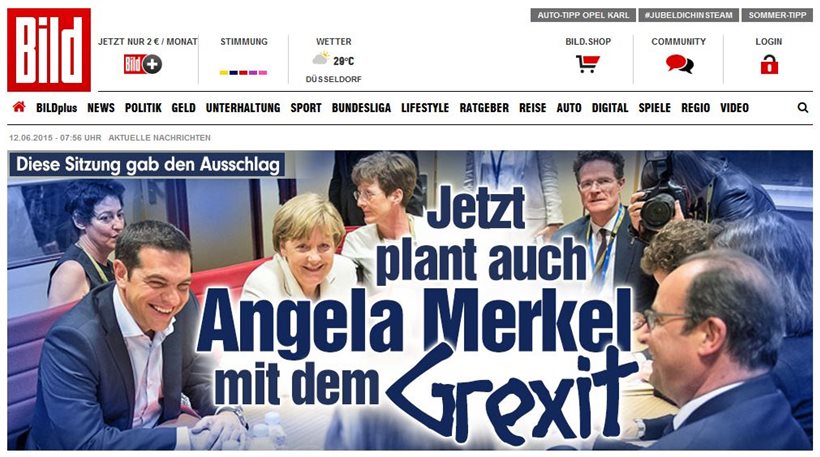 According to the German newspaper Bild, even the German Chancellor Angela Merkel is now considering the Grexit, as a viable solution to Greece’s issues.
The German newspaper noted that after the meeting between Greek Prime Minister Alexis Tsipras, French President Francois Hollande and the German Chancellor, Merkel was forced to admit that Greece’s bankruptcy cannot be stopped, at this point.
In an attempt to explain the shift in the Chancellor’s attitude towards Greece, Bild presented three scenarios:
– In the two-hour meeting on Wednesday, Tsipras was not willing to accept EU terms, such as a VAT increase.
– The IMF team withdrew from the talks on Thursday while the fund’s representative spoke about “big differences” between the parties involved.
-She is receiving growing pressure from within her party. An increasing number of CDU/CSU members have rejected the possibility of providing financial assistance to Greece.
Berlin has already started investigating the worst case scenario, while the German government has already started to plan their response in case of Greece’s bankruptcy. According to a diplomat in Berlin, the Chancellor knows that time is running out.
Finally, the German newspaper article concludes with the words of the government official. “At least no one can accuse us of not trying everything.”