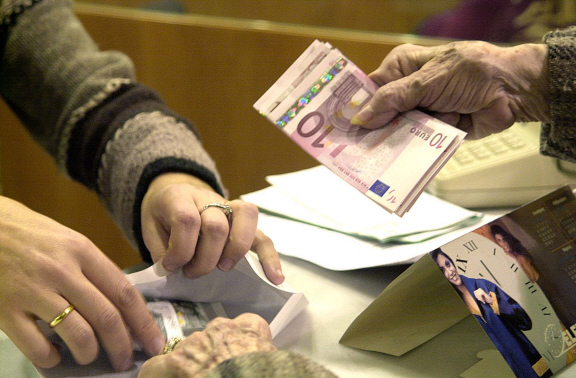 The Greek Council of State, the country’s top administrative court, ruled that main and supplementary pension cuts in the private sector that were enacted in 2012 are against Greece’s Constitution and the European Convention on Human Rights.
According to the decision, private sector pensions will have to be restored to 2012 levels and the state should support the Funds with supplementary pensions if they lack the cash, despite the zero deficit clause voted in 2012.
It noted, however, that the ruling is not retroactive but will go into effect as of today. The Council of State also ruled that the cuts made between 2010 and 2011 were legal.
The ruling came after pensioners appealed to the Council of State.
In negotiations with lenders, the troika has asked for alternative measures to close the fiscal gap that could be created if courts deem unconstitutional the pension cuts included in the bailout agreement Greece and lenders are working on. Lenders have asked the Greek technical team to include measures of equal value in their proposal.
(source: ana-mpa)