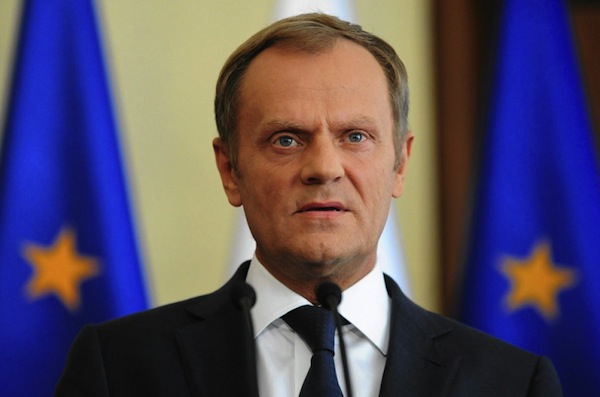 The time for negotiating is over and it is now time for decisions on the Greek issue, European Council President Donald Tusk said in a joint press conference with European Commission President Jean-Claude Juncker on Thursday after the end of the EU-CELAC summit.
“It is very obvious that we need decisions, not negotiations,” Tusk said, and called on the Greek government to be “a little more realistic,” adding that “there is no more time for gambling. The day is coming, I’m afraid, that someone says that the game is over.” Tusk stressed that the next Eurogroup on June 18 will be really crucial and of decisive importance for Greece, stressing that there is no more time.
Juncker, on his part, referred to his meeting with Greek Prime Minister Alexis Tsipras on Wednesday night, the “good relations” between them and that he will be meeting with Tsipras again after the press conference.
(Source: ANA-MPA)