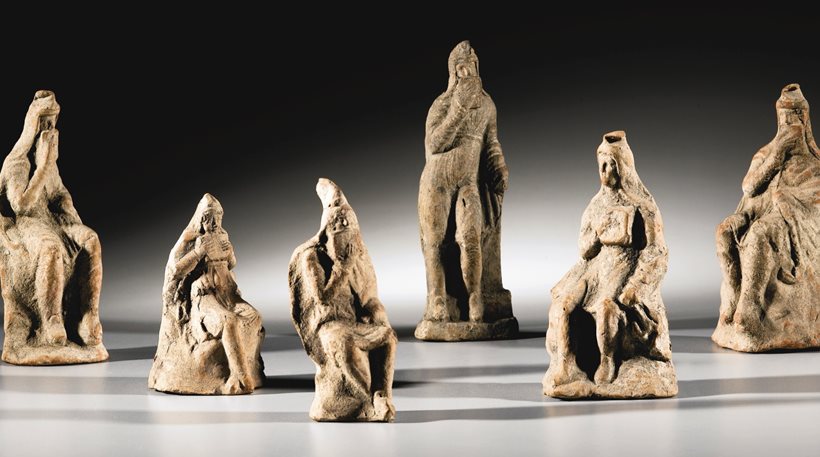 The interest around the ancient Greek tomb of Amphipolis may have decreased dramatically over the last months, however, the “brand name” created during the excavations and thanks to the mystery regarding the dead who were buried in Casta hill, still manages to attract attention across Europe and the United States.
The experienced auction house Sotheby’s did not let the opportunity go to waste and around a week ago they put six clay figurines on sale. The figurines depict the ancient Greek god Attis, the adolescent consort of Cybele, who was self-castrated to escape her jealousy. The terracotta dates back to the 2nd century BC and according to the auction house, it originated from Amphipolis.
“This cannot be confirmed,” noted Greek Alternate Culture Minister Nikos Xydakis, on the occasion of the repatriation of the illegally exported Hermes statue head, which was set for sale by Bohnams. The alternate minister’s statement was confirmed by an experienced archaeologist, who believes that the figurines are not characteristic of Amphipolis and therefore there is no reason for their connection with the region.
Experts might not find any connection to the Amphipolis tomb, however, the fact that Sotherby’s sold the six terracotta figurines for $8,750 shows that the public is still fascinated by the discovery of the ancient Greek monument.