GRNews
GreekReporter.comGreek NewsEconomyParliament Vice-President: I Will Not Vote for Painful Measures

Parliament Vice-President: I Will Not Vote for Painful Measures 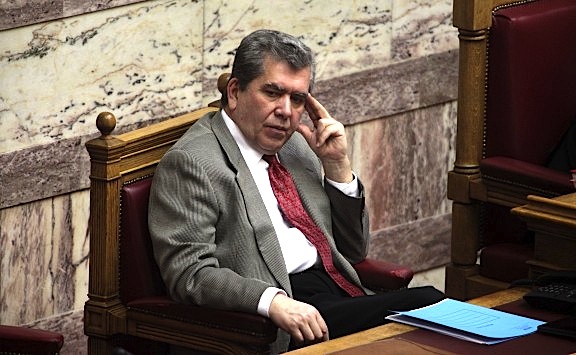 We are entering the final stretch with the worst public image,” SYRIZA deputy and Greek Parliament Vice President Alexis Mitropoulos told ANT1, stressing that at this phase “we have to tell our people honestly that we will implement a memorandum.”
Mitropoulos also expressed doubts whether this deal will be approved by the Parliament, adding that he will not vote for painful measures. “After ruling out the possibility of a rift, the Greek government will have to tell its people that most memorandum laws will have to be implemented,” he noted. “The government has opted for an agreement which will be harsh, so the government will implement painful measures, and the prime minister will have to give more details on how he will do it,” he added.
(source: ana-mpa)