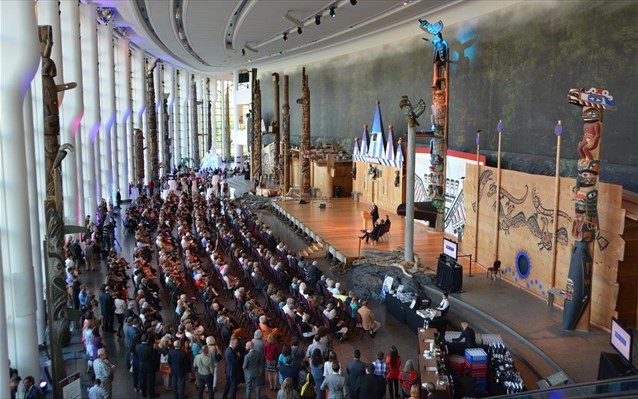 The inauguration of “The Greeks – Agamemnon to Alexander the Great” exhibition took place in Ottawa, Canada, in the grand hall of the Canadian Museum of History. Approximately 1,000 people attended the largest inauguration event that has been held at the museum over the last 20 years.

In his speech, the Canadian Museum of History President Mark O’Neill praised Greece for its generosity and the excellent coordination of the 25 museums that collaborated to make the exhibition a reality, while he noted with satisfaction the public’s great response to the exhibition opening.

The exhibition is presented on a 1000 square meter area and it is complemented by the impressive visual material provided by the National Geographic Society, as well as the Stavros Niarchos Foundation Centre for Hellenic Studies digital application.