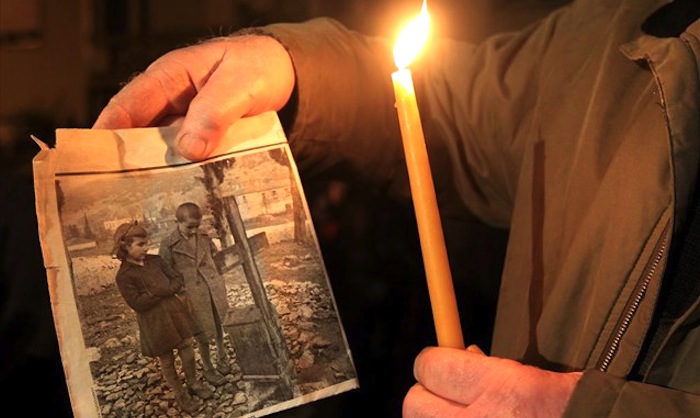 A series of events will commemorate the victims of the massacre committed 71 years ago by the Nazi occupation forces at Distomo, in the prefecture οf Voiotia, in central Greece.
The mayors and community leaders of towns and villages that suffered during the German occupation have pledged to preserve the memory of the massacres in order for future generations to be free of war atrocities and live in peace. The board of mayors and community leaders considers the commemoration as “a duty to those executed and to honor them.” The board also claims war reparations from Germany. 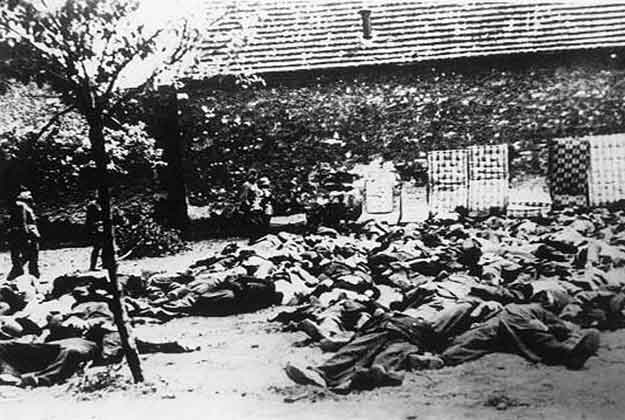 On behalf of the National Council for the Assertion of German Reparations, lawyer Christina Stamouli said that a ruling by the Constitutional Court of Rome “reliably generated hope that the individual compensation that somehow was considered frozen, will be restarted.” Stamouli also said that there has been a move to find filed lawsuits from Distomo residents, and stressed the need for reconstitution of such a file.
President of the Hellenic Republic Prokopis Pavlopoulos will be present at the commemoration ceremonies along with Archbishop of Athens and All of Greece Ieronymos, Chairman of the House Zoe Konstantopoulou, government representatives, mayors and municipal leaders of villages that have suffered war atrocities.
A memorial service will be held at the Holy Church of Saint Nicholas, followed by a procession to the Mausoleum of Distomo, where there will be another memorial service. There, a speech will be by the mayor of Distomo-Arachova-Antikyra Yiannis Georgakis and wreaths will be placed at the mausoleum. Later in the afternoon, the President of the Hellenic Republic will be declared honorary citizen of Distomo. 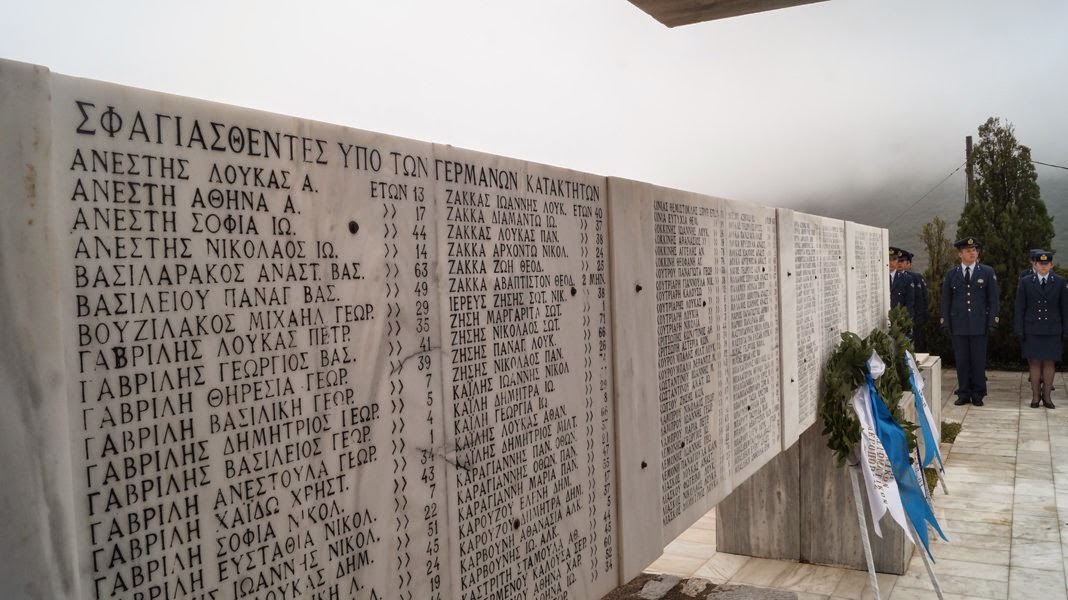 Also, the painting “Distomo” by artist Costas Moustakas will be exhibited at the Museum of Nazi Victims at Distomo. The 2X4 meters painting, also called the Distomo Guerrnica, was donated to the museum by the painter.
The Distomo massacre took place on June 10, 1944, when for over two hours, Waffen-SS troops of the 4th SS Polizei Panzergrenadier Division under the command of SS-Hauptsturmfuhrer Fritz Laufenbach went door to door and massacred Greek civilians as part of a ‘retaliation measure’ for a partisan attack upon the unit. A total of 214 men, women and children were killed in Distomo. According to survivors describing the atrocities, SS soldiers “bayoneted” babies in their cribs, stabbed pregnant women, and beheaded the village priest. However, there was no previous attack against German forces by Distomo villagers.
Following the massacre, a Secret Field Police agent accompanying the German forces informed the authorities that, contrary to Laufenbach’s official report, the German troops had come under attack several miles from Distomo and had not been fired upon “with mortars, machine-guns and rifles from the direction of Distomo.” An inquiry was convened. Laufenbach admitted that he had gone beyond standing orders, but the tribunal found in his favor, holding that he had been motivated, not by negligence or ignorance, but by a sense of responsibility towards his men.