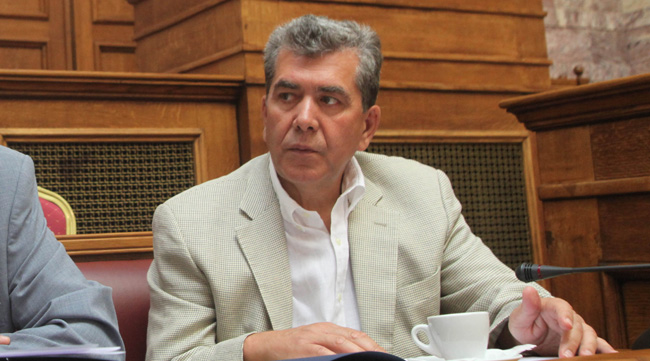 Parliament Vice-President Alexis Mitropoulos estimated on Monday, during a statement to ANT1 TV, that Greece’s creditors are not going to retreat in their negotiations with Athens.
“I have the feeling that the creditors will not retreat, that we are in a very difficult phase of the Greek issue. From their style, from their words, from their audacity and their irony yesterday, I think that, based on the text of February 20, are not willing to back down,” he said.
As for the creditors’ proposal, he said that “it is surprising and has shocked all Greeks that after four months of negotiations the creditors had the audacity, had the right to present this harsh text which is essentially a manifesto of social genocide.”
Referring to the government’s proposal, he admitted that “is clearly distant from our programmatic positions” and added “our proposal has also difficulties, in all units.” Finally, Mitropoulos noted that it would be unpleasant for the government to go to early elections.