The Points Where Greece and Creditors Disagree or Converge 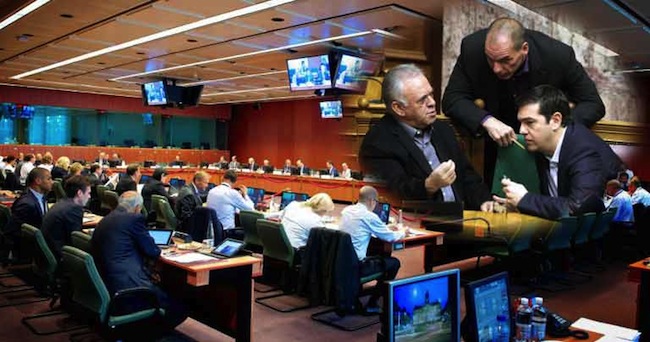 The Greek government made public the outline of the proposal to international creditors, including some concessions, with the belief that it is a realistic plan that would solve the debt problem and lead to economic growth.
The eight points of the Greek plan, the creditors’ proposals and the differences or points of convergence are:
1. Primary Surpluses
Primary surpluses are important for growth. A primary surplus lower by one percentage point translates into 1.8 billion euros that can go to the real economy and not into the debt black hole.
The Greek government proposes primary surpluses of 0.6%, 1.5%, 2.5%, 3.5% for 2015, 2016, 2017, 2018 respectively, while creditors want primary surpluses of 1%, 2%, 3%, 3.5% for the respective years.
2. Value Added Tax
According to creditors, changes in value added tax can bring an additional revenue of 1% of GDP, or 1.8 billion euros per year. They want new VAT implementation to start on July 1, 2015.
Creditors propose two VAT rates, 11% for drugs and food products, and 23% for power bills, dining, cars and appliances.
Greece proposes three VAT rates, a low 6% for drugs, food staples, books and theaters; 11% for dining, newspapers, energy bills, magazines, hotels, fresh food products, water; and 23% for cars, appliances and luxury items.
Athens also proposes the abolition of the special 30% VAT reduction that applies to islands. However, they want the new VAT rates to start applying from October 1, 2015.
3. Pensions – EKAS
Creditors propose retirement at 67. For those who retire after June 30, 2015, they propose a contributory pension after completing the age of 67. They also want the abolition of the social solidarity allowance for pensioners (EKAS) that applies to low pensions. Finally, they want across the board cuts of pensions by 1% of GDP per year (1,8 billion euros).
Greece proposes no pension cuts and that pensioners’ rights should not be affected. They also want postponement of the zero deficit clause in pensions while they propose to give no incentives for early retirement.
4. Medication
Creditors want an increase in pensioners’ participation in health care spending. They also want an increase in VAT on drugs to 11%, from 6% requested by the Greek government and 6.5% that it is today. The Greek government want contributions to remain the same.
5. Social Security System
Creditors ask for consolidation of social security funds, something that is accepted by the Greek government. They insist on abolition of early retirement, linking social security fund contributions to the pension, and, finally, implementation of zero deficit clause in supplementary pensions.
6. Solidarity Contribution
The Greek government amends the scales of the solidarity levy. The aim is to make those with high incomes pay more. So, on salary ranges, the respective solidarity contribution would be:
* 12,000-20,000 euros,  0.7%
* 20,001-30,000 euros, 1.4%
* 30,001-50,000 euros, 2.0% [1.4% currently]
* 50,001-100,000 euros, 4.0% [2.1% currently]
* 100,001-500,000 euros, 6.0% [2.8% currently]
* Over 500,000 euros, 8.0% [new scale]
7. A Just Tax System
Creditors want revenues of 2.65 billion euros from property taxation and similar revenues for 2016. They also propose increased taxation of farmers and easier procedures for bank account seizures by tax authorities.
The Greek government proposes special contribution to the larger corporate profits, taxing television advertising, 13% luxury tax on aircraft, yachts, swimming pools, luxury cars, selling of TV station licences, as well as recovery of traffic fines, battling tax evasion, combating illegal goods trade and contraband, auditing suspicious bank account holders, cooperating with other countries for money laundering and tax evasion.
8. Public Sector Salaries
Creditors propose cuts in public sector wages, particularly on low-salary civil servants, in order to reduce state spending. The Greek government is adamant against wage cuts and proposes a gradual raise of the minimum wage.