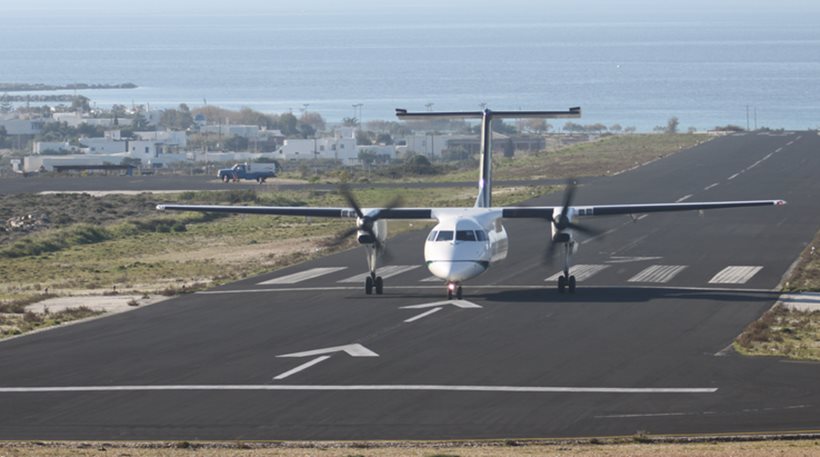 With the summer season just around the corner, many Greek island airports across the country are facing serious problems. According to Greek newspaper “Ethnos,” there have been several delays and schedule changes in flights to the airport of Mytilene over the last three days.
The reason behind the delays is that the navigational radio aids, which enable the aircraft to follow a path from the departure airport to the destination airport, are not operational, therefore it is impossible for pilots to fly at night.
Meanwhile, the airports in Skiathos and Santorini are also expected to interrupt their night flights in the coming days, since the one month extension for the inspection of their radio systems will end.
At the same time, some issues were also reported in Mykonos airport as management had to mend the aircraft runway multiple times. Due to lack of funds, the asphalt has not been properly repaired in over two years.
Because of the issues with navigational radio aid systems, several airports will have to put an end to their night schedules. Greek air traffic controllers explained that while they have been working throughout the year, they have not yet received a valid certification for 2015. As a consequence, flights are permitted to arrive at airports facing these issues just half an hour after sunset and not later.