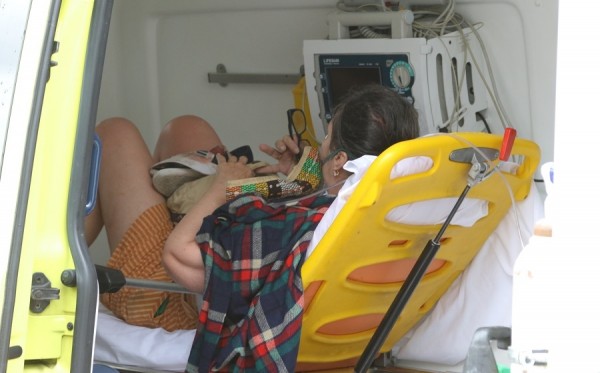 It all started at 9:30 am on Friday, May 29, when lightning struck six Russian tourists who were on a tour around the archaeological site in Knossos, Crete.
One woman was seriously injured, while the others were caught off guard by the deafening sound and fell to the ground, resulting in slight injuries. Some people fainted, but fortunately they recovered quickly.
However, the one tourist who was seriously injuring is currently fighting for her life. The 46-year-old woman, was brought back to life by three doctors who used a defibrillator. After she was revived, she was transferred to the local Venizeleio Hospital emergency room, which opened specifically to help the woman.
The other 5 Russian tourists were transferred to the General University Hospital of Heraklion which was open at the time.
Meanwhile, panic prevailed at the archaeological site. Nikos Papadakis, the site’s security official noted that “the accident occurred at 9:30 am and while the archaeological site is equipped with a lightning rod, six tourists from Russia who were sitting under a pine tree, were struck by lightning.
They fell to the ground and complained that could not feel their legs. Immediately, an ambulance was called to take them to the hospital. Right now (10:30 am) they are putting the woman that was seriously injured on a stretcher. She is alive. I have given the order to close down the archaeological site and once the situation is cleared we will open once again.”