GRNews
GreekReporter.comGreek NewsEconomy'To Potami' Will Vote for an Agreement with Greece's Creditors

'To Potami' Will Vote for an Agreement with Greece's Creditors 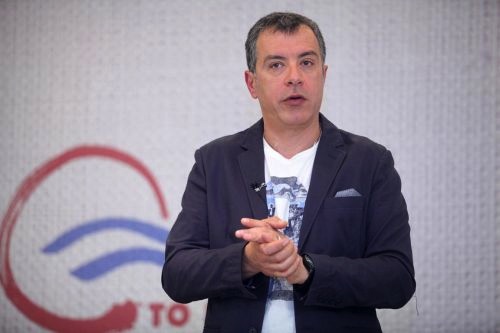 Greek opposition “To Potami” leader Stavros Theodorakis made it clear on Sunday that his party is prepared to vote in favor of an agreement with Greece’s creditors when the government brings it to Parliament.
“We are absolute. The other parties and some politicians might bargain and discuss but we said from the beginning that we will vote for this agreement. If Tsipras and our partners agree on a text, ‘To Potami’ will vote for this agreement without provisos,” he said.
At the same time, he stressed the Prime Minister’s obligation is to now get the various groups and wings within his party under control, and behind the changes and reforms that must be made.
Speaking in Kissamos, Crete, Theodorakis also denied press reports claiming that ‘To Potami’ was planning to cooperate with other parties in case of snap elections. Among others, he pointed out that the parties that had governed Greece until now bear grave responsibilities for the country’s current state.
“I understand SYRIZA’s concern to put ‘To Potami’ in the same category as the other parties and consider that its opponent is one. But things are not like that. ‘To Potami’ was created to clash with the old. Every form of the old,” Theodorakis said.
He underlined that his party is opposed to partisanship, cronyism, lack of meritocracy and all those things that are still continuing today under SYRIZA.
Among others, Theodorakis expressed doubts about whether SYRIZA is in a position to carry out the major changes that the country needs, even if an agreement with creditors is struck.
“Therefore, there is a major responsibility for the SYRIZA europhiles to clash with populists and ideologists and help the country in a broader front for a European reorganization and growth,” he added.
(source: ana-mpa)