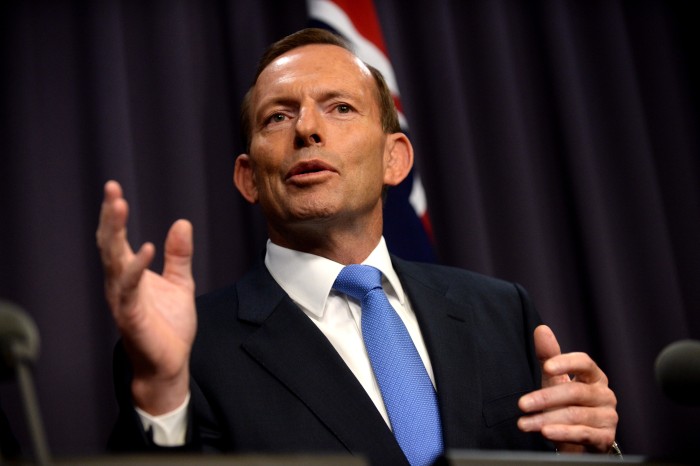 Australian Prime Minister Tony Abbott visited the Greek ‘Paniyiri’ fare in South Brisbane on May 23 and 24, enjoying Greek delicacies and beverages along with organizers and attendees.

Followed by many politicians, the Australian Prime Minister arrived in Musgrave Park where the South Brisbane Greek Paniyiri was organized. He met with the patrons and took selfies with the crowd.

After buying some Greek “Mythos” beer, Abbott tried some of the traditional delicacies, such as lamb. Finally, he addressed the public, praising the Greek community for its influence on modern Australian society.

“Modern Australia has an Aboriginal heritage, a British foundation and a multicultural character,” he said. “It’s typical of those who have come to this country from Greece and from around the world, that you have had a go and made the most of your life here.”

“You have joined our team and that is what makes Australia the country that it is.”

The South Brisbane Greek Paniyiri started out as an event organized by a group of passionate Greek-Australians wanting to share their culture with Brisbane and over the years it has grown into a vibrant celebration of dance, food and Greek traditions. Every year the Paniyiri Greek Festival attracts over 50,000 people to Musgrave Park in South Brisbane for a journey of discovery, culture and celebration.

This year, Musgrave Park in South Brisbane transformed into a Greek marketplace with more than 30 food stores. The South Brisbane Greek Club offered a variety of activities such as cooking demonstrations featuring some of Queensland’s culinary greats, as well as cultural films and tours of the Greek Orthodox Church.