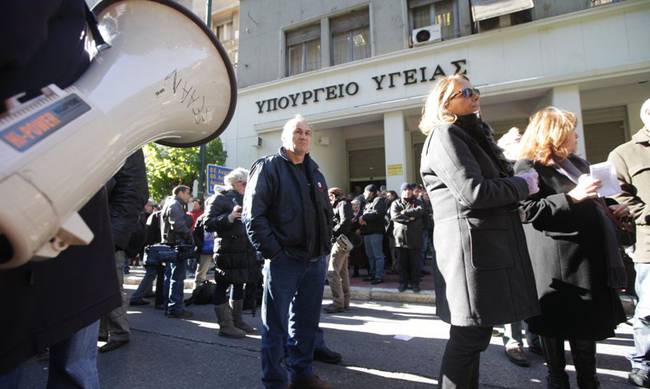 Greek state hospital staff has decided to go on a 24-hour strike, starting Wednesday, May 20. They also participated in a rally that took place outside the Greek Health Ministry in Athens at 12:30 pm.
All public hospitals, ambulances, health centers and welfare units will be operating with emergency personnel on Wednesday due to the 24-hour strike, which was announced by the state hospital workers’ union. The doctors and health workers are protesting for hospital understaffing and underfunding, while they are also demanding back pay, despite the fact that the country is facing a financial crisis.
According to the official announcement, “Greece’s national health service is out of control due to underfunding and understaffing.” Meanwhile, “the course of the country’s negotiation with its creditors is not creating the requirements to solve accumulated problems and the situation is heading to a non-manageable level.”
The hospital doctors’ union is demanding from the Greek government to implement immediate measures to provide public hospitals and health centers with permanent staff and strong funding from the state budget.