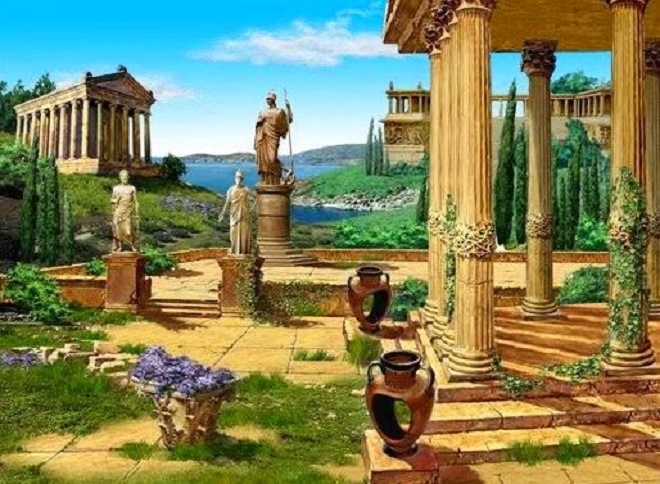 A bilingual (Greek-Russian) book featuring 279 illustrations of ancient Greek myths was published for the first time in Russia. This unique edition was created as part of the Year of Literature, which is currently being celebrated in Russia, but also as a promotion for the Moscow Hellenic Cultural Center’s publishing activity.

“I did the editing and literary description of Hesiod’s Theogony with much love. In his work, he talks about the origin of the Greek mythology gods, as well as the beginning and end of the universe. I wrote the texts in two languages, Greek and Russian,” said professor and writer Irina Beletskaya who has been teaching the Greek language in various educational institutions in Moscow since 2001.

“The book was actually written so that it can be read simultaneously in both Greek and Russian. The structure makes it easier for the reader. The Russian text is on the right and the Greek text is on the left, while the illustrations are below,” she explained.

The book, entitled “Ancient Greek Myths: Cosmogony”, aims to introduce ancient Greek mythology to the public. Furthermore, it can also be used as a helpful tool in learning for people -either Greeks or Russians- who wish to learn the foreign language. Hellenic Cultural Center of Moscow president Theodora Giannitsi also noted that the book’s 279 illustrations were created by famous Moscow painter Elena Sipitsova.

The book presentation will take place on Wednesday, May 20, at the Moscow “Ivan Vladimirovich Tsvetaev” Fine Arts Museum, part of the Pushkin State Museum of Fine Arts.