Zero Deficit Clause in Greek Pensions Not Repealed, but Suspended 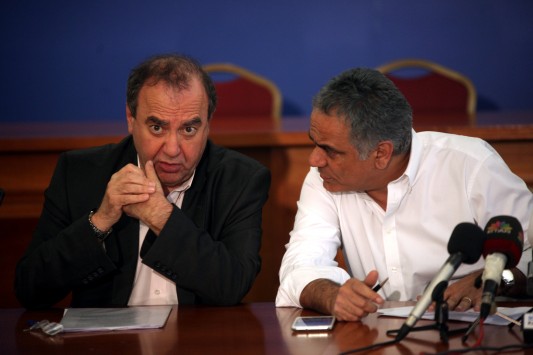 Social Security General Secretary Giorgos Romanias stated that the zero deficit clause in supplementary pensions will not be repealed, but it will be suspended indefinitely.
Romanias spoke to Greek television on Monday saying that the Greek government has decided to suspend the zero deficit clause indefinitely and not repeal it altogether. The same will apply to laws on main pensions.
The general secretary said that the decision to not repeal the law was taken in order to be used by the government as a negotiating tool, to show creditors that Athens is flexible.
At the same time, Parliament Vice President Alexis Mitropoulos said that “whether the clause is repealed or suspended, there will still be no pension cuts.”
Later at noon, though, contrary to the general secretary’s statement, Deputy Social Security Minister Dimitris Stratoulis said that the zero deficit clause will be repealed by an amendment to be tabled on Friday.
When asked about the contradicting statements, government spokesperson Gavriil Sakellaridis said that
repealing the clause is just a technical legal detail and it doesn’t really matter because the clause will not be applied. What really matters, he said, is the there won’t be any cuts in supplementary pensions, adding that repealing the zero deficit clause is not connected to the primary surplus.