Greek-Australian George Poulos Passes Away at 92 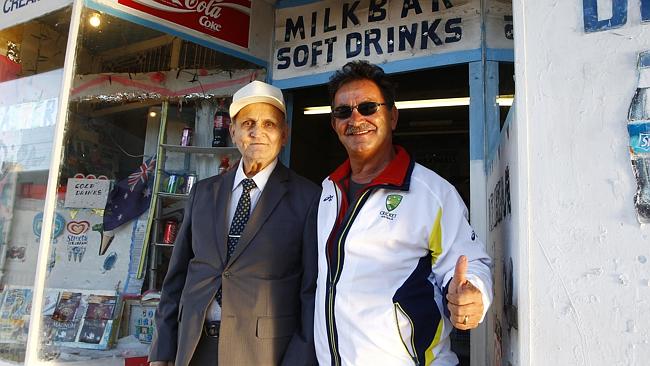 Greek-Australian George Poulos passed away last Tuesday. He was found the next day by his son, Nik Poulos, in his milk bar “The Rio.”

Poulos started his own business after he arrived in Sydney. His milk bar on Smith Street used to be one of the most popular places in Sydney, and his milkshakes were a New South Wales legend. He was not only known among Greek community members but was considered one of the most prominent personalities of Sydney’s urban scene.

Poulos originated from Parori in Messinia, Greece. After fighting in World War II and the Greek Civil War, he decided to migrate to Australia, leaving his country and his family behind. He arrived in Sydney in 1952, where his father and uncle were waiting for him. For a while he worked with them in sugar cane plantations in Queensland and it wasn’t long before he sent an invitation to his wife and children to join him in Australia.

According to his son Nik, he had not been feeling very well but he preferred to be at work than in the hospital. At the age of 92, Poulos still opened his milk bar every day from 11 am to 10 pm. “It kept him alive. It gave him a reason to wake up in the morning. He didn’t make any money from it,” said his son.

However, it did not always used to be like this. “Once, George Poulos called The Rio ‘the goldmine.’ Through the ’50s, ’60s and ’70s, the milk bar had a symbiotic relationship with the old Summer Hill movie theatre,” noted the Sydney Morning Herald. “We had the old-fashioned seats there. We had people like Johnny O’Keefe and Lionel Long [come in]… I was the f– Fonz before the Fonz was even thought of. The best milkshakes in the whole of New South Wales were made by my dad.”