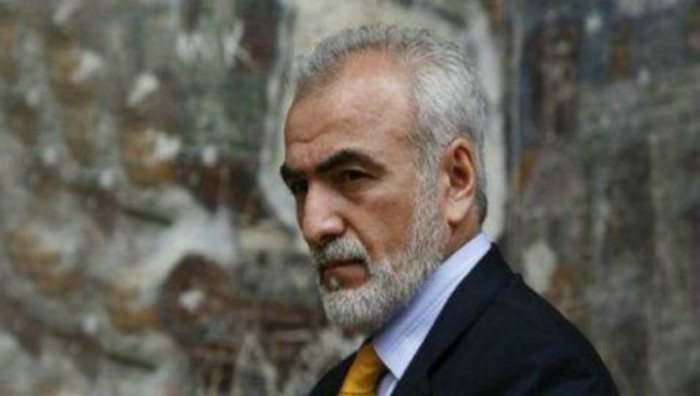 Greek-Russian businessman and politician Ivan Savvidis was warmly greeted by the Rector of the National and Kapodistrian University of Athens, Meletios-Athanasios Dimopoulos, on the occasion of Saints Cyril and Methodius Celebration on May 11.
A month ago, the Charitable Foundation of Ivan Savvidis announced its full support to the University of Athens’ Department of Slavic Studies that was on the verge of closing due to financial problems.
The internationally renowned businessman, listed as the 30th wealthiest Russian in the world by Forbes magazine, stated referring to his Foundation’s initiative: “Before Ioannis Kapodistrias became the first President of the Hellenic Republic, he worked as Foreign Minister of Russia. He was the carrier of the Russian language in Greece. We, the Greeks of the former Soviet Union, must support and develop the relations between the Greek and Russian people”.
And he added: “That’s why we quickly accepted to offer our assistance to the Department of Slavic Studies, because it is mainly engaged in teaching the Russian language.”
Athanasios-Meletios Dimopoulos thanked Ivan Savvides for his kind support and highlighted that the cooperation between the Foundation and the University of Athens is of particular importance taking into consideration that both Greece and Russia will continue with a mutual program of activities in 2016.