TechNews
GreekReporter.com Greek News Economy Return to Drachma May Not be Catastrophic for Greece

Return to Drachma May Not be Catastrophic for Greece 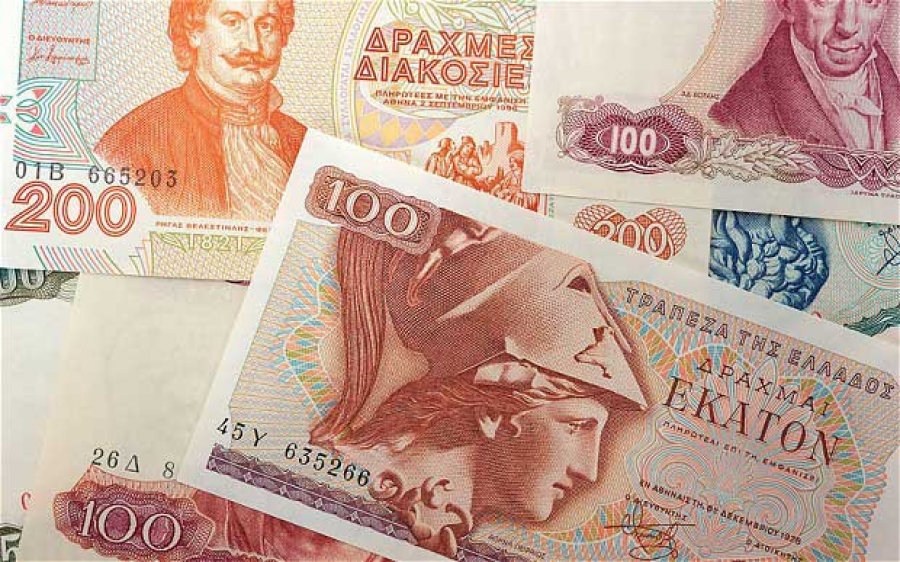 If Greece leaves the euro, that does not necessarily mean that the country will face an inevitable disaster, says a Bloomberg analysis.
The article by Adam Slater, economist at Oxford Economics Ltd, takes the example of more than 70 cases of countries that have abandoned currency unions since 1945.
Slater argues that only a small percentage of those countries have suffered major financial losses. Most of the cases refer to countries that faced shocks such as wars or civil wars, as is the case of former Yugoslavia.
According to the analyst, Greece’s gross domestic product could drop by 10 percent, but a decent recovery can be achieved if undetected advantages can be put to use.
“The most likely outcome if it leaves is that there will be a significant initial drop in GDP, but the evidence from the past suggests there could be a strong rebound,” said Slater. “A lot depends of how the transition is managed.”
The writer uses the example of Czechoslovakia that dissolved its monetary union in 1993 in just five weeks. The output of Slovakia fell less than 4 percent that year and by 1995 was 10 percent higher than it had been in 1992.
Slater calculated that countries that left currency unions showed an average 2.7 percent growth in the year of the breakup and 3.2 percent from the year before cessation to the year after it.
Slater says that about two-thirds of countries that left common currencies showed growth for the year the exit took place. In only about 8 percent of cases an exit brought GDP crashing by 20 percent. Latvia lost the most when it left the Soviet Union currency. Oman, on the other hand, fared best when it left the Gulf Cooperation Council monetary union.
“Output can be surprisingly resilient in the face of currency union exits and the severe financial crises that sometimes accompany them,” said Slater.
The analyst believes that a return to the drachma and the weak exchange rate will boost Greek exports, thereby improving the economy.
“By defaulting, the government could also find fiscal space to recapitalize banks and any stock slide is unlikely to hurt households given just 2 percent of their financial assets are in equities. Once the shock of Grexit has passed, markets could even rally,” Slater argues.
The writer concludes by saying that if Greece’s exit from the euro zone is well organized, the initial drop would be much smaller than feared and there may also be an upside in financial markets.

Nia Vardalos took to Instagram on April 7 to share updates on "My Big Fat Greek Wedding 3". Fans have been waiting to hear...
Economy

The Bank of Greece reiterated a 4.2% growth forecast for 2021, but warned that the Greek economy is facing a large number of bankruptcies