Greek Academic: Amphipolis Was a Ploy to Distract Greeks from Harsh Measures 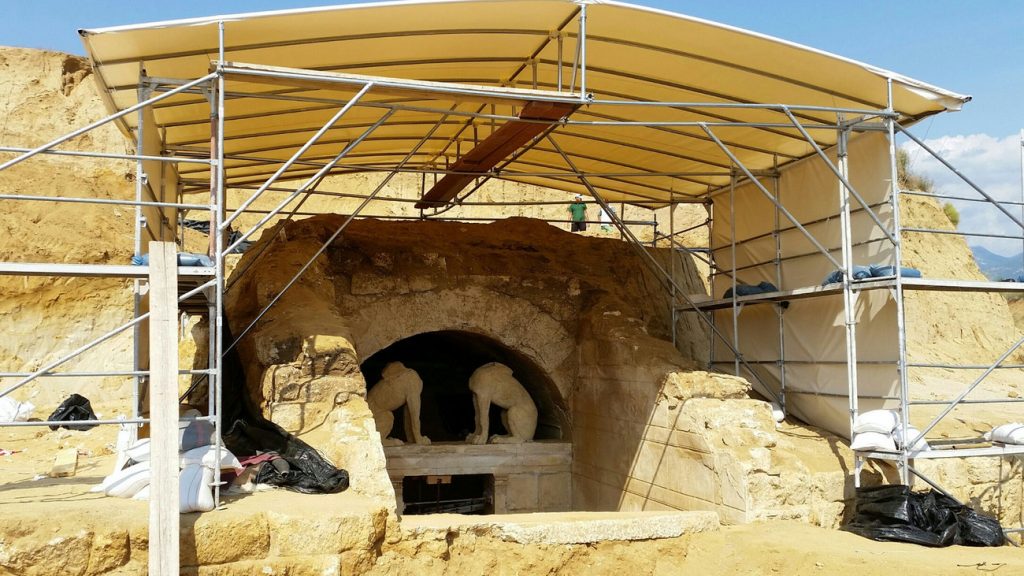 “The Amphipolis tomb excavation was a badly staged play to distract Greek people from the harsh austerity measures the previous government was implementing,” noted the general secretary of the Athens Archaeological Institute Vasilios Petratos.
Petratos, also an academic, said that the Amphipolis excavation and the mystery behind the “occupant” of the tomb that made domestic and international news headlines was nothing more than a contrived story to divert Greeks from their economic woes and the measures the government was taking.
He went further and accused archaeologists and other persons involved in the excavations, speaking of ignorance that led to loss of data that were important for archaeology.
“The story of Amphipolis is neither great nor small event” but a “clumsy contrived story in order to distract attention of Greeks from the arbitrary economic measures,” said Petratos.
“The monument itself has not offered anything new and valuable historical and archaeological data have been lost because of mistakes made by persons who ignore the scientific method,” he added.
The general secretary of the Athens Archaeological Institute also criticized the new organization chart of the culture ministry for the problems of archaeology in Greece.