New Courtroom to be Built for Golden Dawn Trial 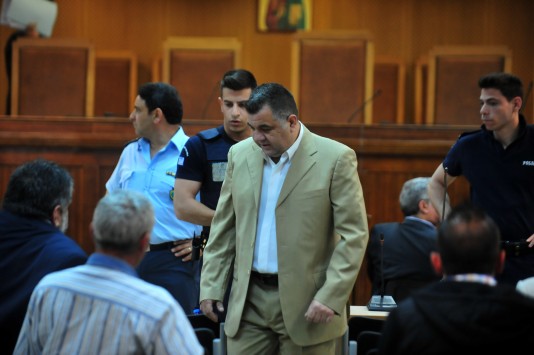 Minister of Justice Nikos Paraskevopoulos announced on Monday that the Golden Dawn trial will move to a new venue that will be especially built and will be ready in September.
In a meeting between Paraskevopoulos, state prosecutors, defense attorneys and Korydallos municipal authorities, the latter complained that the trial creates several problems in the area and especially in nearby schools.
After the meeting, the justice minister stated that the trial will be transferred from Korydallos Prison. and there will be a venue built especially for the Golden Dawn trial at the court of appeals and it will be ready in September.
The justice minister’s announcement was the following:
“I recognize the urgency of the problems created both within the hall of Korydallos prisons where the Golden Dawn members’ trial is conducted and in the surrounding areas.
For this reason, the construction of a new hall has already stared and it will be ready in early September 2015. Since the judge is asking for another courtroom, I will expedite procedures for a transfer, as well as any other feasible solution in the meantime.”
The statement will be sent tomorrow to the President of the Court, Maria Lepeniotou, who has the authority to request the transfer of court proceedings.