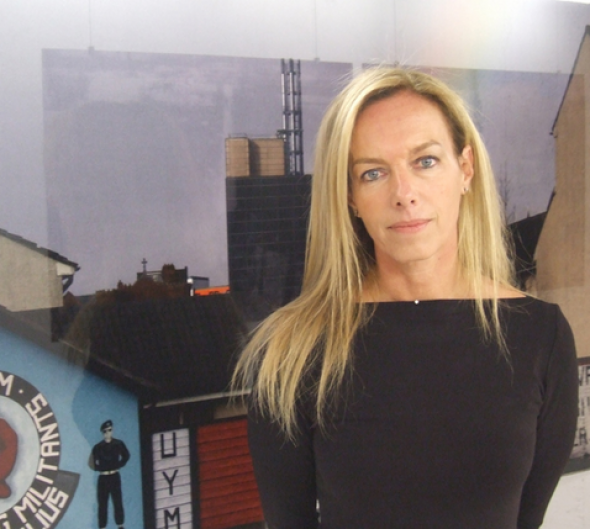 While Greek Finance Minister Yanis Varoufakis has become a hero for many of Greece’s common people trying to make it during the hardest economic era for their country, his wife Danae Stratou might be the muse for the Pulp song ‘Common People’.
A least this is what the Athens Voice pointed out earlier, and in fact the connection may be true.
The song ‘common people’ refers to a girl from Greece who studied sculpture at Saint Martin’s College during the same period Stratou was there to study… sculpture. And during his interview.
Speaking to BBC, Yanis Varoufakis not only did not deny the connection during a BBC interview but he said that from what he knows she was the only Greek studying Sculpture at Sheffield’s Saint Martin’s College from 1983 to 1988.
Here are the lyrics of the famous song from Pulp.
She came from Greece she had a thirst for knowledge
She studied sculpture at Saint Martin’s College, that’s where I caught her eye.
She told me that her Dad was loaded
I said in that case I’ll have a rum and coke-cola.
She said fine and in thirty seconds time she said, I want to live like common people
I want to do whatever common people do, I want to sleep with common people
I want to sleep with common people like you.
Well what else could I do – I said I’ll see what I can do.
I took her to a supermarket
I don’t know why but I had to start it somewhere, so it started there.
I said pretend you’ve got no money, she just laughed and said oh you’re so funny.
I said yeah? Well I can’t see anyone else smiling in here.
Are you sure you want to live like common people
You want to see whatever common people see
You want to sleep with common people,
you want to sleep with common people like me.
But she didn’t understand, she just smiled and held my hand.
Rent a flat above a shop, cut your hair and get a job.
Smoke some fags and play some pool, pretend you never went to school.
But still you’ll never get it right
‘cos when you’re laid in bed at night watching roaches climb the wall
If you call your Dad he could stop it all.
You’ll never live like common people
You’ll never do what common people do
You’ll never fail like common people
You’ll never watch your life slide out of view, and dance and drink and screw
Because there’s nothing else to do.
Sing along with the common people, sing along and it might just get you thru’
Laugh along with the common people
Laugh along even though they’re laughing at you and the stupid things that you do.
Because you think that poor is cool.
I want to live with common people, I want to live with common people
But could Danae Stratou be a muse for common people in Greece? If it wasn’t for her love for her leftist husband who has gained great popularity as a representative of the everyday Greek trying to save his country, probably not.
Stratou was born to an elite family in Athens, Greece, in 1964. She graduated from London’s St. Martins College of Art and Design and evolved into a remarkable artist. However, even if she is the girl that wanted to live like common people and did so, Greece’s society would not allow her to be seen as a commoner because of her family name. This is why she probably left the country at an early stage of her life.
The artist is related — on her father’s side– to the Stratos family, who founded the Piraiki Patraiki textile industry in the Peloponnese, the largest textile company in Greek history.
Her mother is Eleni Potaga-Stratou, a legend in modern Greek art, whose projects are hosted in galleries and venues in Greece and abroad.
Danae Stratou herself is a remarkable artist that represented Greece in the 48th Venice Biennale while she also participated in numerous international exhibitions, such as the Biennale in Valencia, Seville, Gyumri and Thessaloniki, and other major art fairs in Australia and Turkey.
Stratou’s main body of work consists of large-scale outdoor and indoor installations. In her work she uses various media from natural elements, to digital technologies such as video, photography, and sound as well as text, architectural components or metal constructions, thus creating tactile audiovisual environments and installations.
In 2010, she initiated and co-founded the non-profit organization Vital Space, a global, interdisciplinary, cross-media art platform addressing the pressing issues of our time.
Watch the music video for the Pulp song ‘Common People’