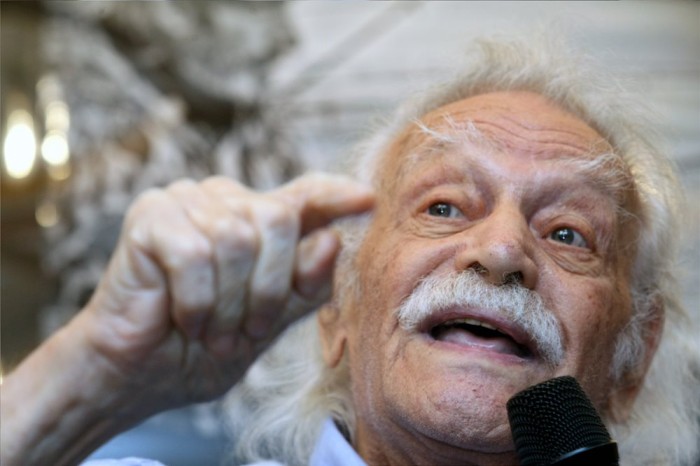 Greek left wing politician and writer Manolis Glezos, widely known for climbing up to the Acropolis in May 1941 tearing down the Nazi occupiers’ swastika flag, and vows to tackle the long-simmering debate concerning Germany’s War Debt to Greece, asked for the support of Greeks in Germany, last night, during an event organized by the Federation of Greek Communities in Berlin.

Specifically, Manolis Glezos underscored the importance of signing a peace treaty with Germany in his speech explaining, simultaneously, that the problem is not the German people, but its governments. “Of course, we do not blame the German people for the heinous crimes committed at the height of the Third Reich. From now on, though, we would blame them, because now they know the whole truth,” he said adding that this battle concerns the friendship of people, that can only be established with the power of justice.

In addition, he called together the Greeks and Germans that hastened to attend the event at the Cultural Center of the Greek Community in Berlin, to form special committees for claiming the German debts to Greece in order to push the current German government to take further action.

M. Glezos didn’t hesitate to explain the reason he continues to be persistent in such an old age. “They ask me, ‘are you not tired fighting for Germany’s War Debt?’ They must know that I have my own debt to all those who were sacrificed for our freedom. And I know that I am not alone. I’m fighting with all those who gave me the instructions not to forget, “he said.