GRNews
GreekReporter.comGreek NewsEconomyEWG's Wieser: No Greek Deal by Next Week, But it Will be...

EWG's Wieser: No Greek Deal by Next Week, But it Will be Achieved 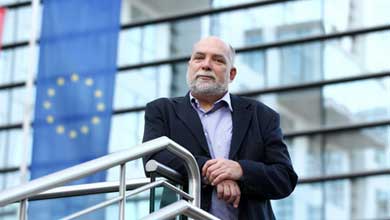 Greece and its European creditors will not reach a comprehensive agreement by next week, as it was expected, the chairman of the Eurogroup Working Group (EWG), Thomas Wieser, told US TV channel CNBC on Tuesday, but expressed confidence that a deal will be reached before a real crisis or bankruptcy occurs.
“We will get a deal,” Wieser was quoted as saying on CNBC’s webpage. “I think all of the polls show in Greece, the Greek population is firmly convinced its future is in euro. It has given a mandate, which is quite clear it seems to me and it seems to the Greek politicians, [to] do whatever it takes to come to a conclusion with the creditors.”
On Monday, members of the Eurogroup had hoped they would be able to signal that an agreement was in sight, but representatives for European finance ministers in Brussels are still battling over fiscal and value-added-tax issues and labor market reforms, Wieser said.
Asked about a possible Greek exit from the Eurozone, Wieser said that while this would have been “a real catastrophe” three years ago, today Europe is well insulated, but the outcome would still be negative.
(source: ana-mpa)