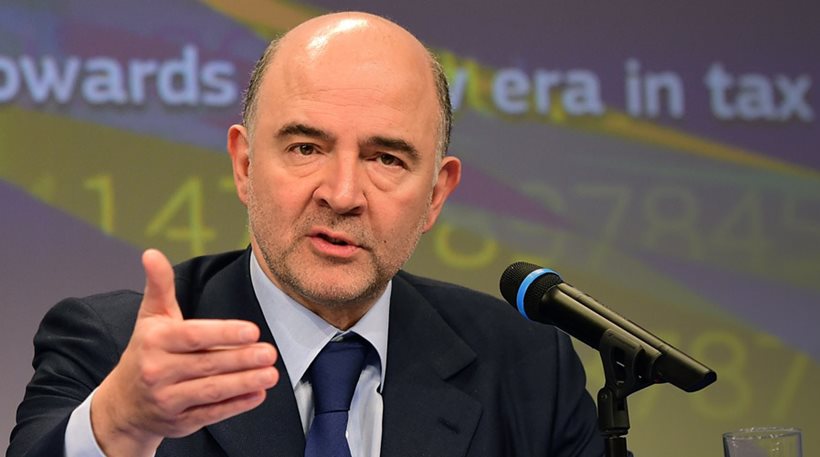 The European Commission slashed its previous forecasts regards the Greek economy growth in 2015 and the country’s primary surplus, announced Pierre Moscovici on Tuesday, May 5.
The Commission, which finished gathering data for its forecast on April 21, noted that the Greek economy is expected to grow by 0.5%, instead of 2.5%, as it was forecasted last February, a fact that clearly reflects the new government’s lack of clear lines in the negotiations. In 2016, however, the Commission expects the Greek GDP to grow by 2.9%.
Meanwhile, the European Commission predicts that the general government deficit to GDP ratio will fall to 2.1% this year from 3.5% in 2014 and in 2016 it will show a slight increase, reaching 2.2%.
“The positive momentum, however, has been hurt by uncertainty since the announcement of snap elections in December,” noted the Commission. “The current lack of clarity on the policy stance of the government vis-à-vis the country’s policy commitments in the context of the EU/IMF support arrangements worsens uncertainty further,” it said.
According to the European Commissioner for Economic and Financial Affairs Pierre Moskovisi, the institution’s economic forecasts are based on the assumption that Greece will reach an agreement with its creditors by June 2015.
Regarding the general government debt to GDP ratio it is estimated that this year it will increase to 180.2% before decreasing to 173.5% in 2016. The unemployment rate is expected to fall to 25.6% in 2015 and even lower, at 23.2% in 2016.
Furthermore, the report made a special reference to the low collectability of taxes which forced the European Commission to cut the amount of the surplus for 2014 at 0.4% against an initial estimate for a primary surplus of 1.7%.
Finally, Greece’s primary surplus will be only 2.1 percent this year, rather than the 4.8 percent projected only three months ago. Next year it will be even worse — the surplus will be 1.8 percent of GDP, rather than the earlier expected 5.2 percent of GDP unless Athens changes policy, noted Reuters.