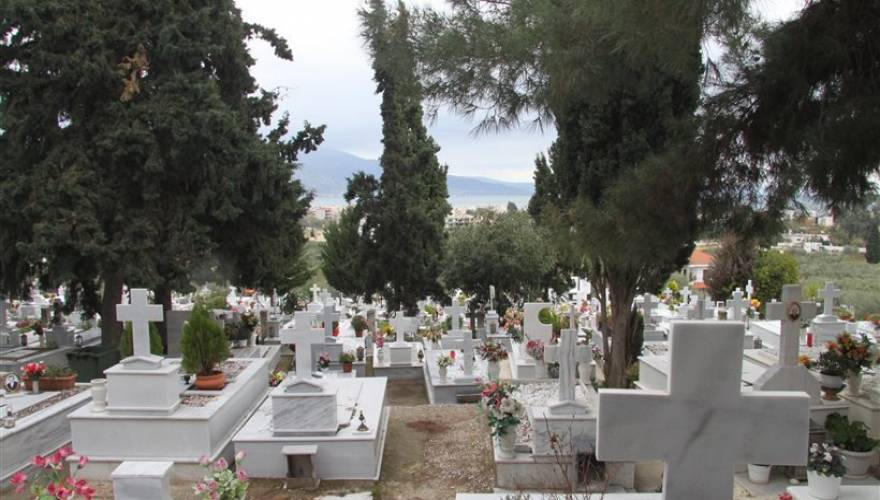 The shortage of space in graveyards along with burial costs bring back the controversial issue of cremation in Greece.
At the moment, graveyards in Greece’s capital and second largest city, Thessaloniki, are overcrowded to the point where a burial is essentially leasing a grave plot for three years. After three years, relatives can pay to have the bones of the buried in communal storage called an ossuary.
Cremation would have been a solution to solve this increasing problem. However, the Greek Orthodox Church prohibits cremation as a violation of the human body. Priests are not allowed to conduct funeral ceremonies for deceased whose relatives ask for cremation.
Controversy has arisen in recent years with more and more Greeks espousing the idea of scattering the ashes of their loved ones in the place of their birth or in a place the deceased has asked. Also, with burial costs starting at 2,000-3,000 euros, cremation would have been a less costly solution. Yet, the Church of Greece is adamant that no cremation can take place on Greek soil. Thereby, there are no cremation facilities in Greece.
The prohibition of cremation and the absence of facilities, has forced a number of Greeks to travel abroad and have cremation services performed in neighboring countries, such as Bulgaria.
Lat year, and despite the church’s resistance, Mayor of Thessaloniki Yiannis Boutaris petitioned the environment ministry to change legislation regarding locations for building crematoria. The bill was amended making it possible for crematoria to be built outside graveyards. Boutaris has pledged that Thessaloniki will have a cremation facility by 2016.