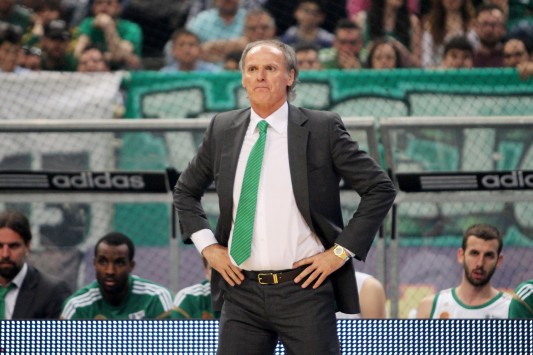 Panathinaikos announced the dismissal of Dusko Ivanovic, the basketball team’s coach through an official statement. The team’s poor performance against Olympiakos which Panathinaikos lost its advantage, as well as the team’s exclusion from the Euroleague Final 4 lead to the decision to dismiss Ivanovic.
Sotiris Manolopoulos, a former coaching staff member will take over as a temporary coach, until the club can find a replacement.
According to Eurohoops, former Greek basketball player Panagiotis Giannakis is being considered for the position. However, Panathinaikos’ representatives are denying the rumors and they stressed that no contact has been made between the two parties.
“Panathinaikos announces the termination of its cooperation with Dusko Ivanovic and thanks him for his contribution to the team. The coaching responsibility will fall to Sotiris Manolopoulos until a replacement for Ivanovic can be found,” noted the official announcement.