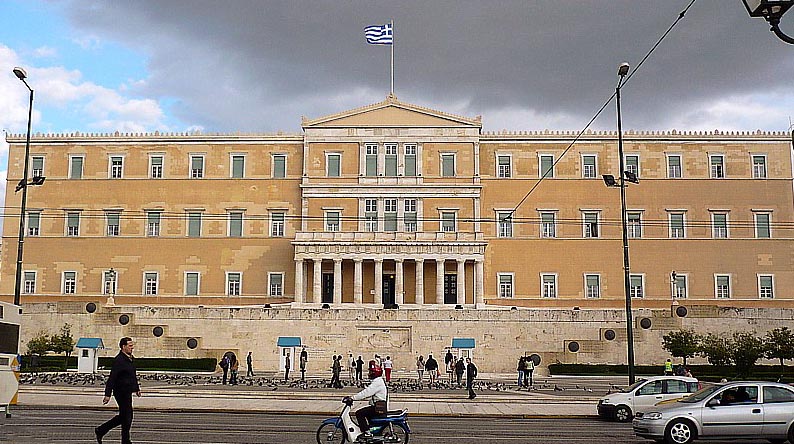 An agreement with creditors is urgent because the country is in danger of falling into deep recession and the government’s lack of strategy harms the economy, says the quarterly report of the Parliamentary Budget Office.
According to the report, the new government does not have a clear strategy that will lead to economic development and repay the Greek debt. The “idiosyncratic” mix of taxes, state spending and structural reforms will not bring the expected revenues of  4.7 and 6.1 billion euros and will not help growth.
The Budget Office says that the economy is relapsing and has been in a recessionary trajectory since the last quarter of 2014. Deposits have dropped by 26 billion euros since then and outstanding debts to the state are almost 3.5 billion euros in the first quarter of 2015.
Most businesses have serious financial problems and huge difficulties with foreign suppliers and clients, the report says. Non-performing loans are increasing and the retail sector is suffering, while new investments are almost non-existent. The economy has reached a point where even healthy businesses are in danger, the report says.
The situation is worsening as the uncertainty over the agreement with creditors is prevailing, and anxiety is increasing as Greece does not seem to come to an agreement. Also, the mixed, contradictory statements by government officials contribute to the people’s uncertainty. Greek people are worried that the country may leave the euro zone.
According to the Parliamentary Budget Office it would be a historic mistake for Greece to leave the euro zone, as monetary policy in the euro zone is moving in a direction favorable to Greece. As Greece cannot borrow from international markets, European financial institutions are the only source of financing for the debt-ridden country. However, in order to receive aid from European institutions, Athens must implement measures and reforms for growth.
The report also says that the proposed state spending has a lot of contradictory measures. Different announcements by different ministries on the same issue are common. This shows that the government does not have a concise plan to tackle important financial issues.
Finally, the Budget Office report criticizes the government that proposals are theoretical and not based on actual data analysis. The measures and reforms regarding revenues do not take into account the behavior of Greek citizens