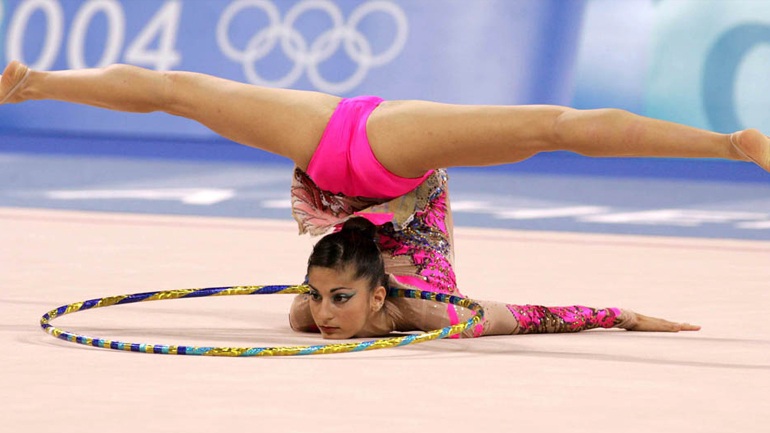 The Greek rhythmic gymnastics team will travel to Minsk, Belarus, where it will represent the country at the European Championship from May 1 to 3.

A total of 100 athletes from 38 countries are participating for the individual gymnastics event and 26 teams for the ensemble.

Filiou and Alevrogianni will participate in the Second Group, based on the group ranking in the respective 2013 event in Vienna, Austria. On Friday, the Greek athletes will compete in hoop and ball, while on Saturday they will perform their routines in clubs and ribbon.

Furthermore, the eight countries with the highest scores will qualify for the finals on Sunday, where they will perform their 5 balls routine, starting from a zero grade basis.

The score sum will provide the final team score and the ranking, while the 8 best athletes in each apparatus will qualify for the apparatus finals on Sunday.