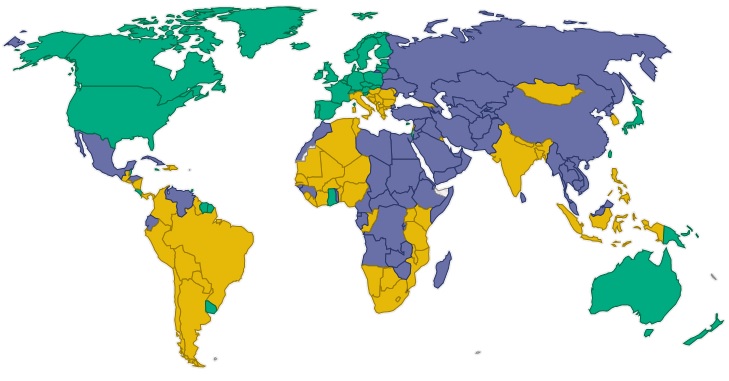 Greece scored yet another negative lead. Press freedom has been dramatically restricted in the past five years of the economic crisis due to political interference and media monopolies. According to the latest data published by democracy think tank Freedom House, Greece scored the biggest decline in its press freedom index among 199 countries.
“Due to further government and partisan interference in the media, as seen in restrictive legislative changes to the broadcast market, the creation of a monopoly on digital transmissions through a flawed tender, and politically biased news coverage surrounding elections,” wrote the report’s author in regards to Greece’s score decline in 2014.
The report underlined the political interference under the previous New Democracy – PASOK coalition government, in power until January 25, 2015, relating to appointments and editorial decisions at the new state broadcaster, NERIT, which was created after the sudden shutdown of ERT that has been airing for 60 years. According to the previous government’s reasoning, the shutdown would signal a departure from “corrupt practices,” but last year, according to the report, the government changed content multiple times, thus influencing the coverage of rival political parties. As the report highlighted, there has been “very direct government involvement” in the public broadcaster by the previous government.
At the same time, the report also indicates that Digea, the country’s digital signal provider, established a digital broadcasting monopoly due to a flawed government tender and the company now holds the responsibility for all free digital terrestrial television in Greece. Indicative of the situation is that yesterday, due to a technical problem, television screens across Greece went blank for several hours. “Due to a serious technical fault in the reception and digitization of channels’ signals broadcasting nationwide, the digital signal has been temporarily interrupted. We are working toward a rapid solution to the problem,” the company explained in an announcement after the incident that caused the reaction of the country’s main TV networks.
Other press freedom NGOs, such as Reporters Without Borders (RSF), have raised similar concerns in their press freedom ratings. In 2014, RSF said Greece had fallen no less than 50 places in the world rankings over the past five years, ranking 91st.