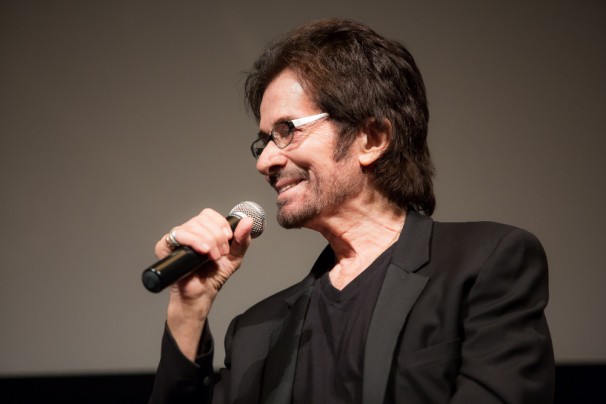 The South East European Film Festival (SEEfest) will celebrate its 10th anniversary beginning April 30th, with a special opening night gala at the Writers Guild Theater in Beverly Hills. This year the festival will place the spotlight on the rich cinema of Romania, and to celebrate its milestone year, will present its first ever Legacy and Lifetime Achievement Awards to Oscar-winning actor George Chakiris and legendary Romanian actor Victor Rebengiuc.

“It is a special privilege for a film festival to recognize those artists of South East European heritage whose legacies define cinema,” says Vera Mijojlic, president/founder SEEfest. “We pay homage to two very different and uniquely talented artists, Romanian Victor Rebengiuc and Greek-American George Chakiris, both of whom created unforgettable on-screen characters and transformed the films in which they starred.”

In 1962, Chakiris was honored with an Academy Award in the “Best Supporting Actor” category for his portrayal of Bernardo in “West Side Story.” His dynamic performance also garnered a Golden Globe Award. One of the leading dancers of his generation, Chakiris appeared in iconic Hollywood musicals of the 1950s, including “There’s No Business Like Show Business,” “Brigadoon,” “White Christmas” and “Gentlemen Prefer Blondes” with Marilyn Monroe, Rosemary Clooney, Mitzi Gaynor, Rosalind Russell, Vera-Ellen, Danny Kaye, Bing Crosby and Debbie Reynolds.

Significant movie titles include “The Young Girls of Rochefort” with Catherine Deneuve and Gene Kelly, “Who Stole the Mona Lisa?” with Marina Vlady, “Diamond Head” with Charlton Heston, “The Big Cube” with Lana Turner, “Kings of the Sun” with Yul Brynner, “The High Bright Sun” with Dirk Bogarde and “Bebo’s Girl” with Claudia Cardinale.

From the 1970s – 90s, Chakiris had an active presence on American television contributing to numerous dramatic mini-series and variety shows. An accomplished theatre performer and Capitol Records recording artist, Chakiris has been twice honored by France’s Ministry of Culture with the “Ordre des Arts and des Lettres” for his contribution to the arts. He currently designs his own jewelry line “The George Chakiris Collection.”

Born in Bucharest, Romania, Lifetime Achievement Award honoree Victor Rebengiuc is the leading actor of his country, equally sought after by the young directors of the Romanian New Wave genre. His memorable performances in “Medal of Honor,” which won Best Film at SEEfest in 2011 and in the short film “Half Shaved” presented in 2014, as well as this year’s festival’s opening night selection “The Japanese Dog,” are timeless highlights of a remarkable career.

His breakout role was in the 1965 film “The Forest of the Hanged,” directed by Liviu Ciulei, who was awarded the “Best Director” prize at the Cannes Film Festival. The film was a watershed moment in the recent history of Romanian cinema as the country’s first film to gain critical recognition internationally.

Rebengiuc has collaborated with veteran Romanian filmmaker Dan Piţa and has worked with the great theater director Silviu Purcărete. He also collaborated with the celebrated Romanian stage and film director Lucian Pintilie, most notably in “Too Late,” nominated for the Palme d’Or in Cannes (1996) and “Last Stop Paradise” (1998), winner of Special Grand Jury Prize at the Venice Film Festival.

He received several awards for his work at international film festivals in Torino, Thessaloniki, Cluj, an honorary doctorate from the Theater Institute and the Prometheus Opera Omnia Award for Performance Art from the Anonimul Foundation.

SEEfest 2015 is scheduled from April 30 – May 7, 2015, with screenings at Laemmle’s Music Hall Theatre in Beverly Hills and the Goethe-Institut Los Angeles, with select complimentary screenings at the Macha Theatre in West Hollywood.

Boasting its largest selection ever of award-winning works from the region, SEEfest will showcase North American and West Coast premieres of feature films, documentaries, fiction, documentary and animation shorts, with attendance by filmmakers, industry professionals and cultural dignitaries from Los Angeles and South East Europe.

For the complete schedule of films to be screened at SEEfest 2015 visit www.seefilmla.org.