Portuguese Deputy PM Portas: Greece Should Stay in the Euro and Follow the Rules 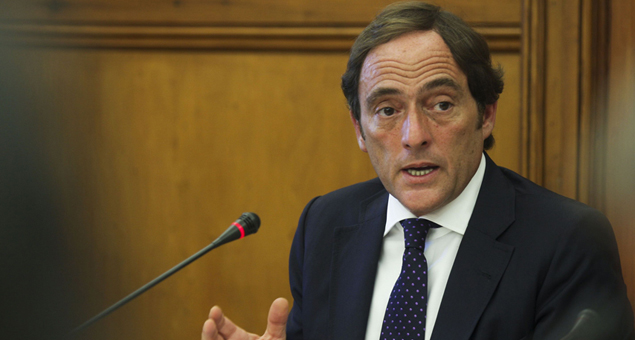 His belief that the European partners want Greece to remain part of the single currency while following Eurozone’s rules expressed Portuguese Deputy Prime Minister Paulo Portas. “Everybody wants Greece in the euro. Europe has rules and guidelines. It is up to them to present measures and reforms, as we all did,” Portas said in an interview to Bloomberg on Monday.

Like Greece, crisis hammered Portugal as well and received a 78-billion-euro assistance package from the European Union (EU) and the International Monetary Fund (IMF) on 2011. Although, the country managed to exit its bailout program on May 2014 and its borrowing costs for 10-year debt have fallen to less than 2%.

On the opposite, Greece, after cutting its deficit by more than two-thirds last year, has not yet achieved the desired economic growth and is currently amid a long-standing negotiation ahead of the end of its bailout program. “So this is not a lost case. They can fix the situation but they have to deliver solutions and reforms,» the Portuguese Deputy Prime Minister highlighted.

Furthermore, as he explained, in case of a Grexit, Portugal is well positioned to avoid losing investors’ confidence as part of a contagion effect. Reducing the budget deficit, cutting corporate taxes and easing restrictions on labor and housing markets laid the groundwork for economic growth and increased foreign investment, he told Bloomberg.