GRNews
GreekReporter.comBusinessGreece, Cyprus and Egypt to Hold Summit Over EEZ and Regional Security...

Greece, Cyprus and Egypt to Hold Summit Over EEZ and Regional Security Matters 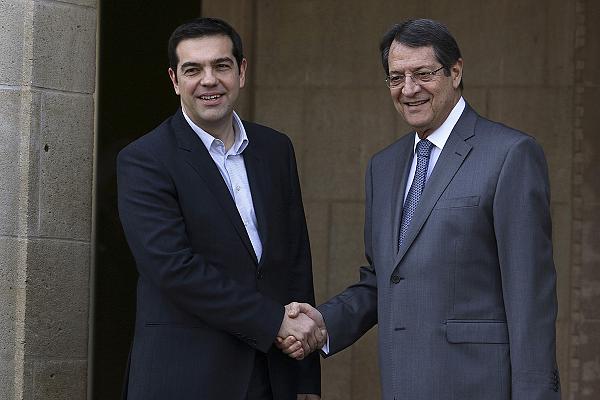 A summit between Greece, Cyprus and Egypt is scheduled to take place tomorrow in Nicosia, aiming to develop trade and investment relations between the three countries, as well as continue negotiations on the demarcation of borders and gas fields. The three Mediterranean countries’ common agenda on the economic, political and energy developments will be tabled by Greek Prime Minister Alexis Tsipras, who departed for Cyprus on Tuesday afternoon, Cypriot President Nicos Anastasiades and his Egyptian counterpart Abdel Fattah el-Sisi, who is already in Cyprus and has held a series of meetings.

The trilateral summit is expected to attract international diplomatic interest as it currently appears as the sole established diplomatic cooperation initiative in the Mediterranean that may help balance the turbulent situation in the greater region. It should be noted that the summit is the follow-up of a similar one that took place in Cairo in November 2014. Greece was then represented by former Prime Minister Antonis Samaras, while it was decided that the three countries should further strengthen their ties, while inviting other countries to join them in their initiative.

Reportedly, the main topics on tomorrow’s agenda are set to be energy cooperation, the establishment of Exclusive Economic Zones (EEZ), counter terrorism policies, the jihadist threat, as well as trade and political dialog. The Cyprus problem may also be discussed, in light of the recent “elections” held in the Turkish-occupied north of the island. Finally, the three leaders are also expected to highlight the need for regional stability and that their partnership may contribute toward this goal.

Prior to the Egyptian President’s trip to Cyprus, Greek President Prokopis Pavlopoulos visited Cairo, accompanied by a high-level delegation. The newly appointed Greek President was welcomed by his Egyptian counterpart.

Republicans ‘Do Not Support’ Sale of F-16s to Turkey, Rep. Bilirakis Says