German FinMin Spokesman: The Ball Is in Greece's Court 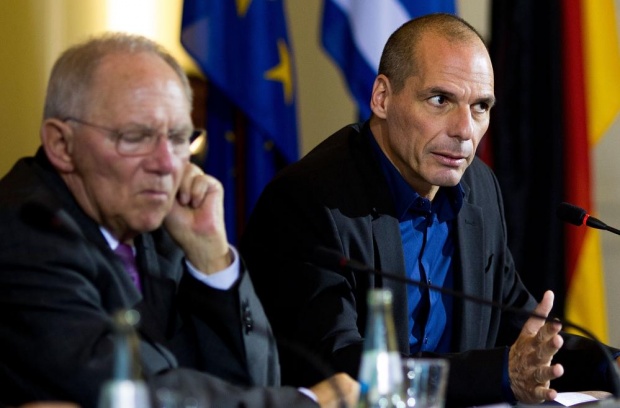 Yet another declaration of its frustration expressed today the German Finance Ministry, regarding the lack of progress Greece has achieved in regards to its economic reforms list. As it was highlighted, Berlin is patient but it is clearly Athens that should make the next move.

“Our goal is to keep Greece in the euro. That’s what we are working for intensively. But we have to make it clear once more that the ball is in Greece’s court,” German Finance Ministry spokesperson Martin Jaeger told reporters earlier today, adding that “we are waiting for proposals and have been waiting for weeks. It is frustrating but we are patient.” Jaeger concluded that he hopes Greece will present its proposals on time for the next scheduled meeting of European single currency Finance Ministers on May 11.

It should be noted that despite his expressed trust to Finance Minister Yanis Varoufakis, Greek Prime Minister Alexis Tsipras proceeded with forming a new political negotiating team, putting outspoken Varoufakis at the helm but appointing Alternate Foreign Minister for International Economic Relations Euclid Tsakalotos as the group coordinator. The forming of a political negotiating group was decided on Sunday during a meeting at the government headquarters, chaired by the Greek Premier. Greek Government General Secretary Spyros Sagias and Fiscal Policy General Secretary Nikos Theocharakis complete the group. The latter was appointed to draft a growth plan for the Greek economy. The plan will be the basis of negotiations for the June agreement, when the bailout program extension expires. Varoufakis’ replacement is seen in Athens as a sign of him being held responsible for the delay in negotiations.