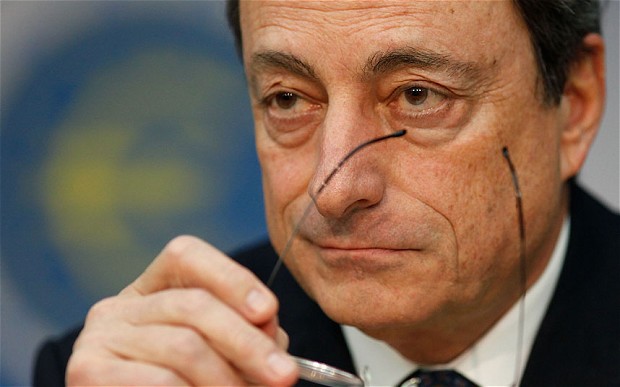 “ELA will continue to be given until Greek banks will be solvent and have adequate collateral,” Draghi told journalists at a news conference, following the Riga Eurogroup. “Having said that, given the fragility of the current situation, the continued deposit outflows, the ongoing policy dialogue, the yields on sovereign bonds were recently the highest since 2012 PSI time,” he said, referring to Greece’s privately-held debt restructuring. “The higher the yields are, the bigger the volatility is, the more collateral gets destroyed,” the ECB President explained.

Regarding the ongoing negotiations on Greece’s bailout program, he also warned that there is not much time left for Athens to wrap up a deal with its partners. “Time is running out,” he pointed out, adding that “speed is of the essence.” Draghi also commented on the way the Greek government has been conducting talks regarding the reforms list. “There cannot be an agreement if people don’t have an adequate process to assess, quantify policy measures,” Draghi concluded.