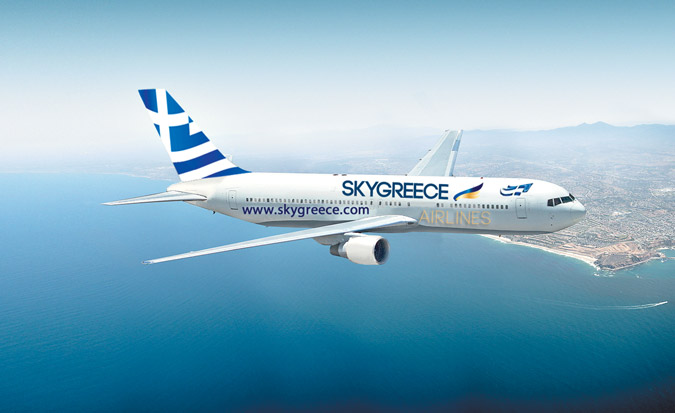 SkyGreece Airlines will act as a communication bridge between the Greek Diaspora in the U.S. and Canada and the motherland through the launch of transatlantic flights from Greece to New York and Toronto.
During a press conference that took place on April 22 in the presence of Greek Deputy Tourism Minister Elena Kountoura, the company explained that its primary goal is to connect the Greek Diaspora members with Greece. Therefore, they have arranged for regular and not seasonal direct flights with low fares.
The company was founded by Greek Diaspora members with experience in the fields of aviation and tourism. On May 24, the company will make the first flight from Athens to Toronto, while on June 18 another flight will depart for Toronto from Thessaloniki, making a stop in Budapest, Hungary.
Furthermore, the first SkyGreece Airlines flight from Athens to New York will take place on June 19. Most routes have three scheduled flights per week. During the winter the numbers will drop to two flights per week between Athens and New York, one flight between Athens and Toronto and one flight from Dubai to Toronto.
Kountoura expressed the Greek government’s support toward SkyGreece Airlines’ great endeavor, noting that the company will act as a link between Greeks abroad and the motherland.
In the long-term, the company plans on adding several flight routes between Greece, Chicago, Boston and South Africa.
The company is based in Markopoulo, Attica, and also has offices in Montreal, Toronto and New York. It employs 150 people in total, 100 of which work in Greece, while another 60 will be recruited in cabin crew positions.