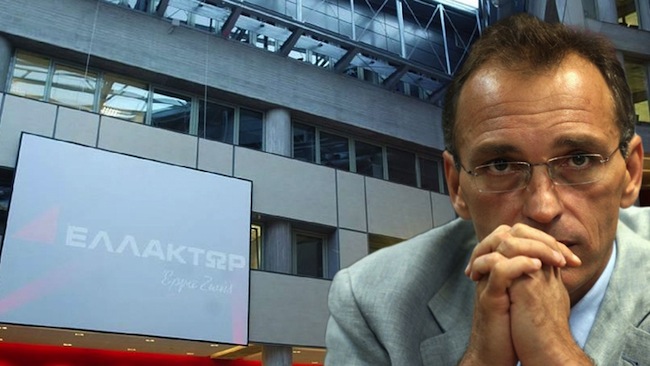 One of Greece’s top businessmen, Ellaktor Managing Director Leonidas Bobolas, appeared before a public prosecutor after his arrest by the Financial Crime Unit today, accused of major tax evasion but was subsequently released after paying the sum of 1.8 million euros, based on favorable measures recently passed by the Greek Finance Ministry for those repaying sums owed to the Greek State.

Bobolas had been arrested on the basis of evidence uncovered in the so-called “Lagarde list” investigation, which showed a discrepancy of 1.866 million euros between his declared income and deposits at HSBC’s Geneva branch. The list has been leaked by an HSBC employee to the French authorities and was then forwarded to the Greek government by then French Finance Minister Christine Lagarde.

The total amount owed by Bobolas had subsequently reached 4.1 million euros, after the addition of fines and interest. According to sources at the public prosecutors’ department, Bobolas had been asked to proceed with the payment of this amount in mid-April but had raised legal objections. The file was then forwarded to the Center for Investigating Very High Income Taxpayers, which set a fine that was also not paid and then initiated legal action against him, sending the case to the Financial Prosecutors. It was then forwarded to the first-instance court prosecutors with instructions to proceed with his immediate arrest, in accordance with the law.

Bobolas’ counsel claimed his client appeared before authorities voluntarily in order to settle his debt and noted that he previously went to the Center for Investigating Very High Income Taxpayers for this purpose, proceeding with a special act of settlement on the basis of the 2015 law for tax debtors. Out of about four million euros owed, Bobolas paid 1.8 million in order to avoid criminal prosecution for tax evasion and for legalizing income from illegal activity, and was subsequently set free. After the process of payment is complete, an order for his acquittal will be issued.

Bobolas, 52, is the Managing Director of construction, energy and real estate holding group Ellaktor. His father, George, and brother, Fotis, are involved in print and electronic media, and have often come into the current government’s cross-hairs. Fotis Bobolas is the director of Teletypos, Greek television station Mega Channel’s holding company, in which Leonidas Bobolas has no stake. The Bobolas family also controls Ethnos newspaper, a daily and Sunday newspaper, other print media and websites.