President Anastasiades Calls For Unity Ahead of Cyprus Problem Talks 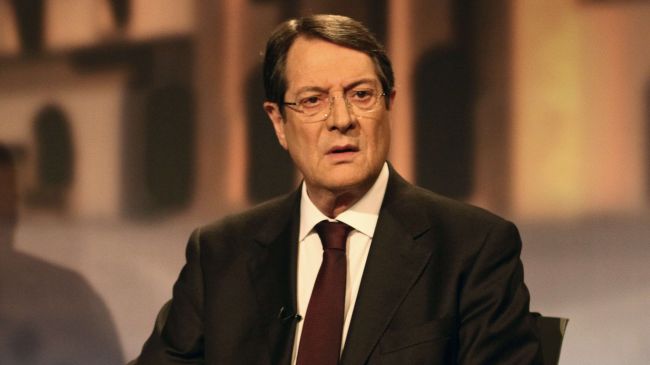 The President of the Republic of Cyprus Nicos Anastasiades called for unity today in order to achieve the necessary conditions for a peaceful settlement of the long-standing Cyprus problem. In the occasion of the 48th anniversary of the April 21, 1967 coup, which saw a military junta taking power in Greece for seven years, Anastasiades said that a just, peaceful and viable solution must be reached, which would free Cyprus from foreign troops and reunite its people, the institutions and the economy.

The Cypriot President highlighted that the result of the seven-year dictatorship in Greece was the coup on July 15, 1974, to overthrow President Makarios, which opened the gate for Turkey to invade five days later. The brutal military invasion led to the Turkish occupation of 37% of the island’s territory. These black pages of history, he said, “require all of us to learn lessons, one of which is the respect of democratic values and principles.”

“At the same time, they teach us that respect of democratic principles and values, respect of the institutions, and stamping out corruption are the only things that can prevent similar unpleasant situations,” Anastasiades concluded.

It should be noted that the President of the Republic of Cyprus traveled to Athens on Friday, April 17, and briefed the Greece’s political leadership ahead of the scheduled resumption of the United Nations-backed bicommunal talks “in one of the most decisive phases of the Cyprus problem.”

The Cypriot President explained to his newly elected Greek counterpart Prokopis Pavlopoulos, Greek Prime Minister Alexis Tsipras and leaders of parliamentary represented parties -except the Nazi-inspired Golden Dawn- that he is willing to return to the negotiation table with the Turkish-Cypriot side under the condition that Turkey will commit itself not to proceed to any further “offensive actions,” that there will not be any “other terms” and the talks will resume from “where they were stopped” before the interruption due to Turkish provocations.