Noam Chomsky: Greek Debt Must Be Written Off, Brussels Are Destroying Greece 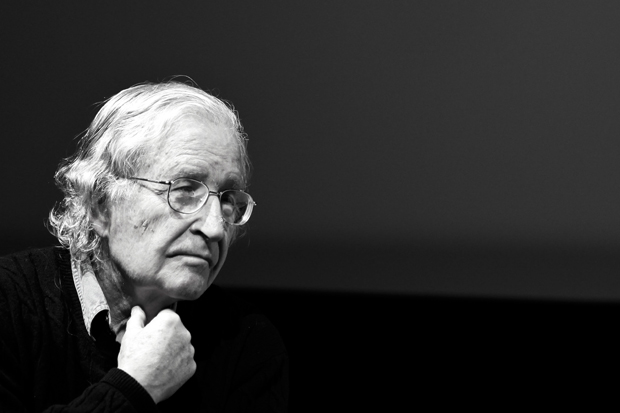 In an interview to Euronews, Chomsky defended the leftist-led Greek government, highlighting that “SYRIZA came to power following a mandate of the people, who said that Greece must stop implementing Brussels’ policies and that German banks are destroying the country,” while explaining that such policies have led to the increase of the Greek debt. “50% of young people are unemployed and around 40% of the population lives below the poverty line. Greece is being destroyed,” he said.

Asked to comment on other countries facing similar problems, such as Spain and Portugal, the American scholar said their debt should also be written off. As he repeated, despite the imposed policies that are leading to disaster, there are signs of light on the horizon, namely the independence movements of Latin America, Greece’s SYRIZA and Spanish Podemos. “Hopefully there is finally an uprising of the people against the devastating economic and social policies deriving from the bureaucracy and the banks, and this is promising. It must be,” Chomsky concluded.

It should be noted that this was not the first time the American scholar publicly supported the Greek government. In an interview to American independent news agency Democracy Now last month, Chomsky said that the European Union’s response to the Greek SYRIZA-led coalition government requests was “extremely savage,” a reaction that Spain’s main opposition party, Podemos, could face as it is being projected as the next general election winner.