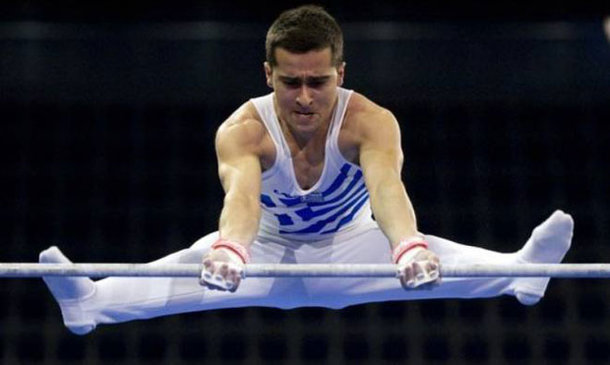 Veteran Greek gymnast Vlassis Maras added another medal to his collection on Sunday after placing third in the Horizontal Bar event at the European Artistic Gymnastics Championships in Montpellier, France.
Maras received a total of 14,666 points and was beaten by UK’s Sam Oldham with 14,766 in second place and Croatia’s Marijo Moznik with 14,833 who took the gold.
The bronze medal was the 32-year-old athlete’s eighth at a European championship, after winning five gold medals for the same event in European competitions held in 2002, 2004, 2006, 2009 and 2010, a silver medal in Lausanne in 2008 and a bronze medal in Montpellier in 2012.
(source: ana-mpa)

Greek Army Deployed to Rescue Hundreds of Drivers in Athens