GRNews
GreekReporter.comBusinessGreece, Cyprus and Hungary to Export Food to Russia Despite EU Sanctions

Greece, Cyprus and Hungary to Export Food to Russia Despite EU Sanctions 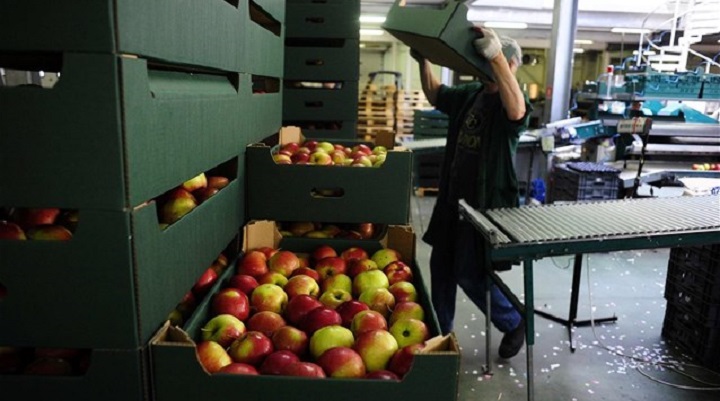 Greece, Cyprus and Hungary are likely to be allowed to export fruits and vegetables to Russia, despite the ongoing European Union sanctions imposed on Moscow due to its role in the Ukrainian Crisis.

According to Russian newspaper Rossiyskaya Gazeta, the country’s health authorities are already conducting supplier audits in the above countries, as well as in India.

“About 20 companies will be verified in Greece and Hungary. In India, around four to five. Cyprus has requested a delay for technical reasons and, therefore, the audits will begin on April 27, where seven to eight companies will be checked,” the director of Rosselkhoznadzor (Russian Federal Service for Veterinary and Phytosanitary Surveillance), Alexey Alexeyenko, was quoted as saying.

It should be noted that the first European sanctions were adopted in 2014 and targeted specific individuals accused of involvement in the ongoing conflict in eastern Ukraine. In early 2015, the sanctions were yet again discussed between the European Union Foreign Ministers and it was decided to extend targeted sanctions against Russia by six months, until September, although they showed limited appetite for broader and stricter measures imposed on Moscow. On its behalf, Russia responded by starting an embargo on several foods, essentially banning about 9 billion dollars worth of fruit, vegetable, meat, poultry, fish and dairy imports.

Then, Greek Foreign Minister Nikos Kotzias insisted on removing a passage from a draft proposal that would have imposed new sanctions on Russia. The Foreign Minister also insisted that the final communique does not put direct blame on Russia for the Ukrainian conflict. The decided extension suggested that Greece’s newly elected leftist-led government might be openly skeptical of sanctions against Russia, although it would not break EU unity on the matter.

Greek Prime Minister Alexis Tsipras met with Russian President Vladimir Putin during an official visit to Moscow in early April and the two leaders, among others, focused on agricultural trade.