GRNews
GreekReporter.comGreek NewsEconomyGreek Energy Minister: A Deadlock in Negotiations Will Cause More Problems to...

Greek Energy Minister: A Deadlock in Negotiations Will Cause More Problems to Europe 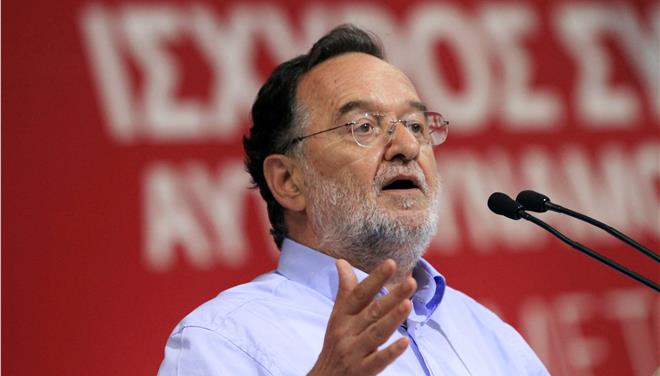 His belief that if the negotiations between Greece and its European partners do not conclude to a positive result, Europe will face more problems than Greece expressed Productive Reconstruction, Environment and Energy Minister Panagiotis Lafazanis. In an interview to Greek radio station “Parapolitika,” the SYRIZA so-called “left platform” senior figure highlighted that the talks with European partners are currently in a critical and difficult point, noting that a failure to come to an agreement on April 24 will not be the end of Greece, as “the country has alternative solutions.”

Moreover, the Greek Minister said that Athens will have an alternative liquidity injection from Moscow as a deposit for the Turkish Stream pipeline project agreement, which will be repaid with the revenue the Greek State will receive from the pipeline from 2019 onward. “The talks in Moscow are a positive opening of the Greek government regarding cheap energy, the economic benefits that we can get, but also the international upgrade of Greece into an energy hub,” he said.

In addition, Lafazanis underlined that the Russian pipeline construction agreement might even be signed within the coming week, while adding that this will benefit the country in various ways as there will be a further decrease in natural gas prices until 2019. Finally, Lafazanis said Greece will also have reduced prices for the smaller quantities of natural gas it receives.