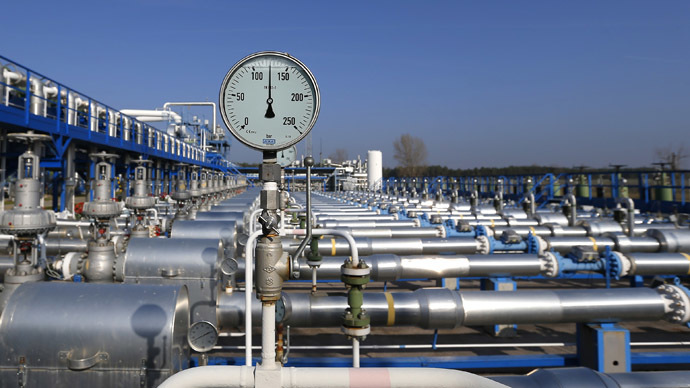 The so-called Turkish Stream pipeline project will make Greece an important partner of Russian company Gazprom despite the financial crisis the country is currently facing, Forbes magazine stated. According to an analysis published in the New York-based magazine, Greek Prime Minister Alexis Tsipras and Energy Minister Panagiotis Lafazanis have signed a memorandum of cooperation with the colossal energy company and the Russian government as part of the new Turkish Stream pipeline to diversify natural gas shipments to Europe away from Ukraine, making Greece an important transit hub for European gas.

“This is more of a real estate and political deal than an investment, as Greece is hardly a capital player in today’s market,” Forbes contributor Kenneth Rapoza highlighted in the article published on Sunday, adding that “Greece may look like a non-perfect alliance partner but its geographic location will help the gas companies of Russia and Turkey to receive everything they require from Europe.” On its behalf, the Greek government is expecting the agreement to produce “significant financial dividends from the pipeline’s operations.”

The ambitious pipeline project will start at the Russkaya compressor station near Anapa in southwest Russia, while the landing point in Turkey has not yet been negotiated. According to Gazprom, the works will immediately start when the landing point in Turkey is decided and for that reason two pipe-laying ships are already located in the Black Sea. The pipeline’s planned capacity of natural gas is 63 billion cubic meters per year. Turkey would take about 14 billion cubic meters per year and the rest will be distributed to Europe.