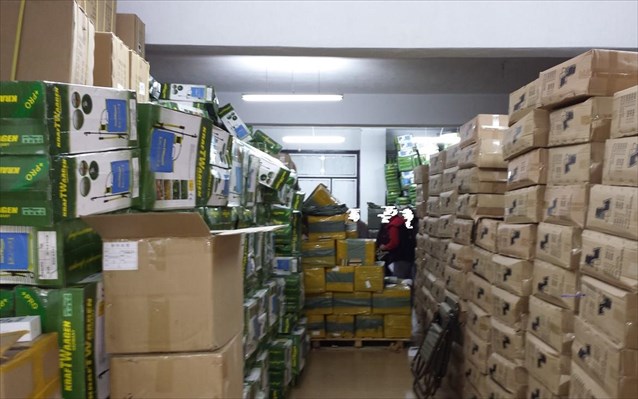 Organized crime in Greece generates a little under 3.6 billion euros per year, with contraband products playing a major part, according to a European Commission study.
According to the report titled “From Illegal Markets to Legitimate Businesses: The Portfolio of Organized Crime in Europe,” compiled by Project OCP – Organized Crime Portfolio, organized crime in Europe generates 110 billion euros per year, which is about 1 percent of the continent’s gross domestic product. The biggest part of it comes from illegal narcotics.
In Greece, organized crime generates 3.6 billion euros each year, corresponding to 1.6 percent in GDP (in 2010). Cigarette smuggling in Greece brings 455 million euros per year, as tobacco consumption is at 40 percent while tobacco products carry 87.5 percent taxation, the highest in Europe.
Drug trafficking in Greece brings organized crime much less in revenues: 54 million euros per year in heroin sales, 35 million euros in ecstasy sales, 28 million euros from cannabis and 16 million euros from cocaine. Despite the fact that Greece is a central transit point, illegal narcotics sales are low in proportion.
However, the biggest profits crime organizations come from counterfeit products, estimated at 1.5 billion euros. Close behind, come bootleg or smuggled products with a little under 1.5 billion euros in lost value added tax each year.
The overall figures on illicit revenues may be very conservative since some illicit markets, such as human trafficking, extortion, illegal gambling and some types of fraud lack estimates for most of the 28 European Union member states.